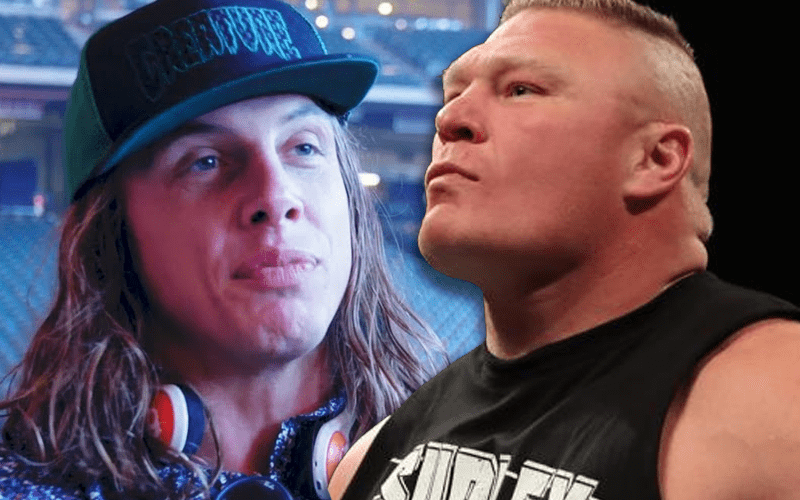 Matt Riddle made no secret about the fact that he wants to face Brock Lesnar. Then the Beast Incarnate was told about these social media call-outs.

Lesnar and Riddle had a short conversation backstage at the Royal Rumble. Essentially Lesnar told Matt Riddle to stop tagging him on Twitter because a match with the two of them isn’t happening.

Riddle followed this up by making a very public statement at the NXT house show in Las Vegas. He guaranteed that he will retire Brock Lesnar. This speech was filmed and found its way on the IWC rather quickly.

Dave Meltzer reported on F4WOnline that NXT gave Matt Riddle permission to take this extra dig at the Beast Incarnate.

Matt Riddle did a post-match promo after the NXT Las Vegas house show main event last night and talked about how he was fired by Dana White (they were at The Pearl, a building UFC often runs), how some people don’t like him, and that he would be the guy who retires Brock Lesnar.  From what I’m told, NXT has given him permission to follow up on the Lesnar stuff.

It is interesting that Matt Riddle was given permission to take digs at Brock Lesnar. We’ll have to see if this means a match is possible down the road. At this point, Lesnar seems to have his hands full with Drew McIntyre at WrestleMania.