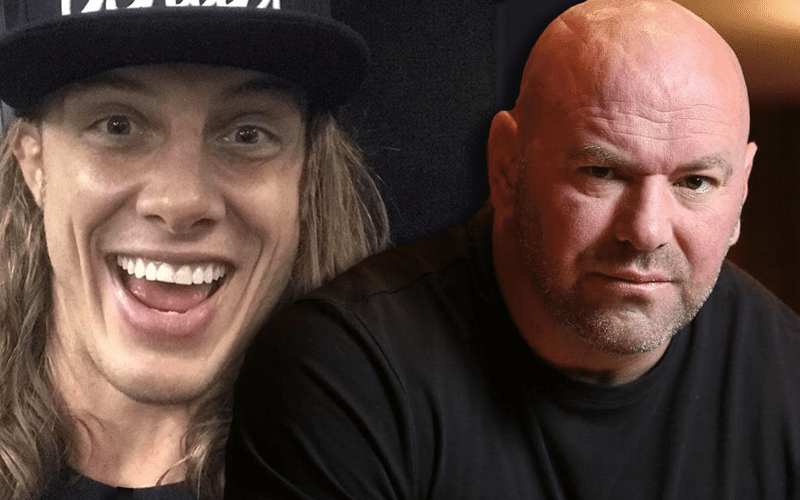 Matt Riddle was released from UFC under very controversial reasons. Matt Riddle used marijuana for its medicinal purposes, but he is also fond of the recreational qualities. This was a large contributing factor to his UFC release.

BarstoolSports.com recently spoke to Dana White where he really let it all out about Matt Riddle. He’s happy for Riddle’s success in WWE, and he doesn’t hate him. That doesn’t change the fact that he doesn’t regret firing The Original Bro.

“I’ve heard interviews with Matt Riddle and he’s very fired up about being let go and everything,” White said. “At that place and time where we were, it was the right move. But I’m happy for him. I’m happy he’s been successful and he’s doing well. I don’t wish the kid any ill will.”

“I don’t hate Matt Riddle or dislike Matt Riddle in any way. I know he feels the opposite, as he should. But I don’t wish him any ill will or anything like that, but no, I don’t regret the decision I made at that time.”

Riddle obviously heard this because he jumped right on Instagram and let the world know how he feels.

“Dana I’m not mad that you fired me I’m mad because you’re a heartless moron with to much money and power and felt the need to call me a loser after you fired me when I was on a 4 fight win streak and had my 3rd child almost bankrupting me. Also to say it was the right call to fire me is the dumbest thing ever, you literally tried to ruin my career/life because your a little bald bitch that couldn’t control me, so stop lying it’s sad bro.”

Matt Riddle has dissed Dana White in the past and he’s working for the perfect company to do that as well. If he doesn’t plan on leaving WWE then there is probably no issue with him burning a bridge with Dana White.