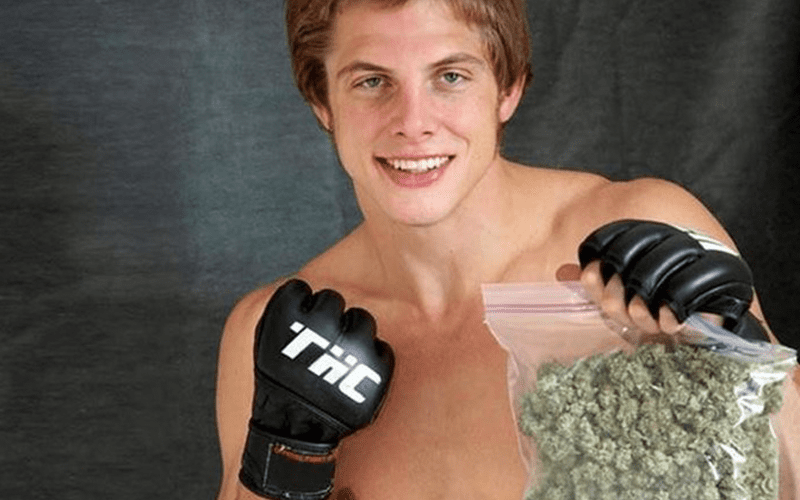 Matt Riddle is a top WWE NXT Superstar now, but he didn’t start out that way. The Original Bro had to fight hard on the indies to gain the attention needed for a WWE contract after he was denied in 2015.

While speaking to Chasing Glory, Riddle spoke about his first WWE tryout in 2015. It was right after he was fired from UFC for popping a drug test for marijuana. He sees the medicinal benefits of the drug, but USADA didn’t have any room for debate.

Riddle was such a famous pot smoker that the picture for this article actually came from a High Times photo-shoot.

The fact that Riddle was coming in from UFC helped him get in the door, but he believes the fact that he was fired for using something that is legal in nearly half of the United States at this point kept him from getting signed by WWE earlier.

“I got denied. I think if it wasn’t for my past with the UFC — which, you would think it would help. Which it did, but it also hurt because I got fired for smoking pot. And not because — to clarify, I wasn’t just smoking pot, I had a medical marijuana license. And I was legally allowed to use it in the state of Nevada, because I had a couple of hand surgeries and knee surgeries. And I was prescribed all of these pharmaceutical drugs that I didn’t want to take that were addictive. I chose to go the other route, and I got in trouble for that.”

Matt Riddle seems focused to become a top WWE Superstar. That drive might rub some people like Goldberg the wrong way, but it will certainly continue to bring The King Of Bros a lot of attention.