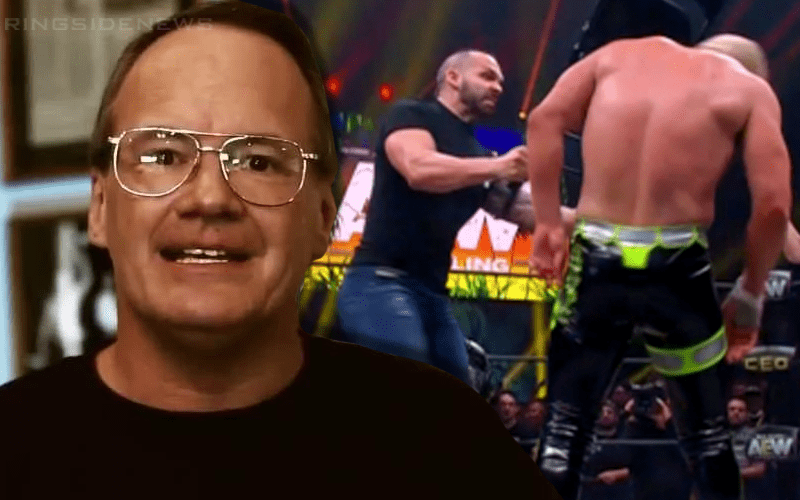 AEW Fyter Fest was an exciting event, but one of the most newsworthy items on the show was when Shawn Spears whacked Cody Rhodes in the head with a steel chair and busted him open. The chair was gimmicked to bend, but the lip of the seat wrapped around Cody’s head and cut him open. This did not go lost on Jim Cornette.

Corny watched The Young Bucks’ media scrum where they talked about the chair being gimmicked. Then he let loose in customary Jim Cornette fashion.

These two simpering assholes, supposedly wrestling “executives”, are talking about “Golly, we gimmicked the chair” after an angle on their own TV. Fake people, fake rasslers, lousy bullshit product. I knew from the start they couldn’t possibly do this seriously. #InOverTheirHeads

AEW needs to not let something like this happen again and Tony Khan didn’t seem keen at all with the idea of putting more hardcore violence in their product. If anything, he backed away from the violence aspect and explained that Fyter Fest was an exception because it was a pay-per-view special.

The jury is still out on whether The Elite are over their heads, but hopefully, they will be able to use this as a big learning experience. Because in older times where people used to blame a wrestler for messing up a spot, the finger pointing is now going at the company for letting it happen in the first place.