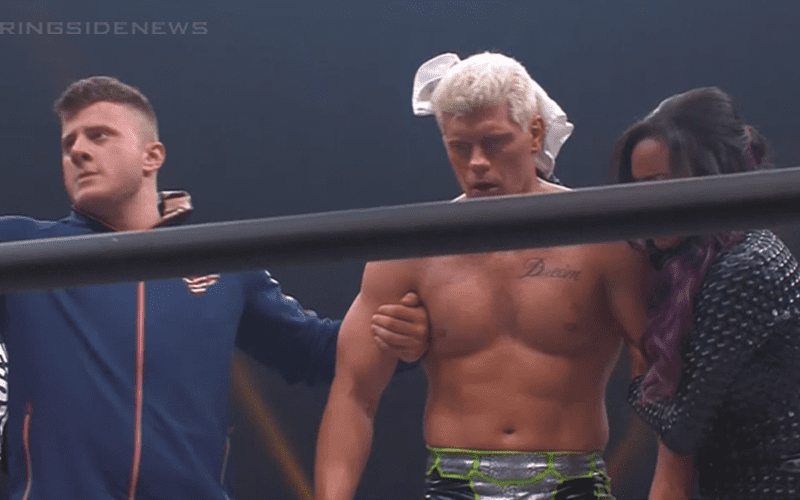 AEW Fyter Fest is an event that people will be talking about for a while, at least, until July 13th when Fight For The Fallen takes place. Shawn Spears turned heel in a big way on Cody Rhodes and left The American Nightmare on the canvas and covered in blood.

That unprotected chair shot from Spears was very scary and nobody liked seeing Cody bleeding from the back of his head, especially MJF. However, as Dave Meltzer said on Wrestling Observer Radio, that chair shot wasn’t supposed to be so dangerous.

“I was kinda warned about it before the show and it was completely gimmicked and it was supposed to be safe, but I guess somehow the unsafe part cracked the back of his head bloodied him up.”

“It wrapped around, it was like a wrap around part and that’s what cut him up.”

Sometimes they can use weapons in pro wrestling that are supposed to bend and not take as much damage to do so, this was apparently supposed to be the case at Fyter Fest. The one thing they didn’t take into account was the force of the blow wrapping around Cody’s head to bust him open.

It’s said that Cody doesn’t have a concussion and he’s okay after a few staples in his head. Hopefully, it will be a long time before they scare us like that again. Because in 2019 there’s really no excuse for an unprotected chair shot, event if it’s a gimmicked chair.