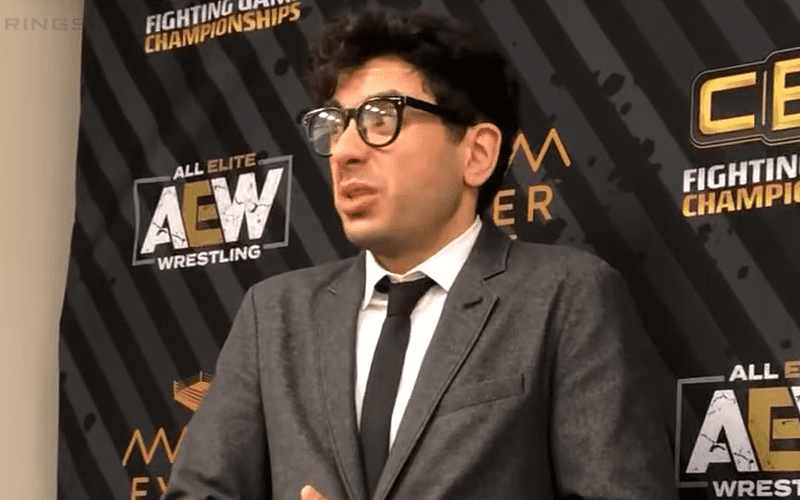 AEW has included blood in both of their specials so far. However, once they land on TNT the rules are bound to change.

Double Or Nothing included a match where Dustin Rhodes bladed himself to cause a ton of blood and last night at Fyter Fest we saw Shawn Spears whack Cody in the head and bust him open the hard way. According to Tony Khan that won’t be the case once they go on TNT.

During the post-Fyter Fest Q&A, Tony Khan was asked if fans should expect cursing, thumbtacks, middle fingers, and blood on TNT. He had a very quick answer for that question.

“No, no, no, no, no defiantly not because this was not TV, this was a streaming show. It was not a — it was effectively a pay-per-view in a lot of the world.”

The fact is that the AEW ring has squared-off ring posts. Whenever you’ve got a wrestler who has moves where they send opponents into the ring post you’re going to run an exceedingly larger chance of someone catching an edge and getting busted open. Therefore, you can’t guarantee that there won’t be blood at all.

However, it seems as though AEW will be presenting something very different when they debut on TNT. Let’s all tune in and see what they have in mind.