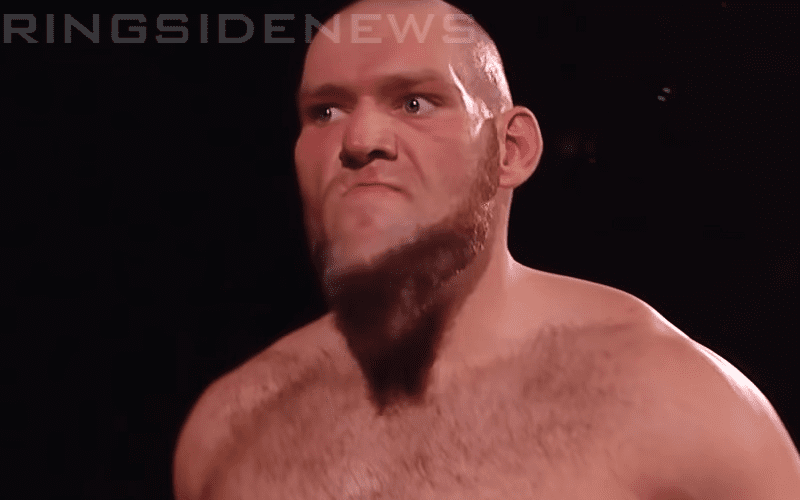 Lars Sullivan is The Freak with a bright future in WWE, but he didn’t always act like a WWE Superstar online. Before signing with WWE, Sullivan said some things in a bodybuilding message board that are not politically correct in the slightest.

Big E commented about this saying that if it is true then Sullivan will have to live knowing that he is a bigot working in a company full of minorities. However, it turns out that the company knew about this a long time ago and Sullivan has since apologized for what he said.

It is water under the bridge and as we previously reported there was no heat on Sullivan when those comments first emerged months ago.

Bryan Alvarez explained the situation on Wrestling Observer Live further describing the situation. Big E might be another story, but WWE is perfectly fine with Lars Sullivan.

“I don’t know how he is going to respond to Big E and apparently other people in the locker room being unhappy with what he posted on the internet.”

“In WWE’s minds, he did this and he apologized for it. He told them that he was wrong and that he was remorseful and in their minds, it is a done deal.”

Don’t expect Lars Sullivan’s momentum to stop. WWE is building him up as a monster because Vince McMahon knows how to build monsters. Sustaining a monster after they are finally defeated is another story.

For what it’s worth, Sullivan seems to have learned his lesson and interacts with fans on a regular basis online. He will answer questions on Instagram and seems to have a pretty positive outlook on everything right now. Hopefully, he can stay in a good place.