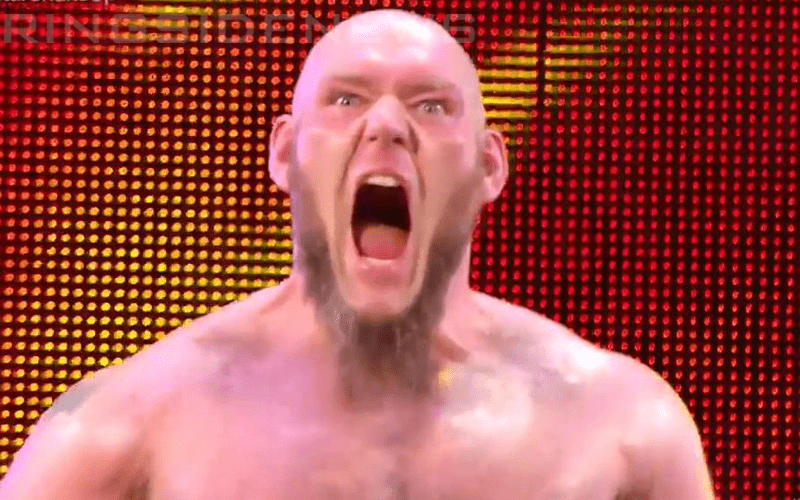 Lars Sullivan’s bodybuilding message board comments have resurfaced once again. This has brought a lot of people to pay attention to some things that Sullivan said a long time ago that he might not be too proud of now.

We previously reported that Sullivan won’t be fired over this and WWE knew about these comments. However, this time Big E spoke up and brought a lot more attention to the matter.

Bryan Alvarez spoke about this situation on Wrestling Observer Live where he attested that Sullivan will not be fired for this just as we previously reported. However, there still might be a much more personal issue with Lars Sullivan that we must consider because something like this could cause him to have another situation where he has to take a break and go home to get professional help.

“They’re not going to fire him. Now how is Lars going to react to this? I don’t know. Lars was scheduled to debut and he didn’t. I don’t know if it was tied to this or something else, but he vanished for a long time and it was shortly after this stuff came to light the first time.”

“So, no they’re not going to release him, but I don’t know how he is going to respond to Big E and apparently other people in the locker room being unhappy with what he posted on the internet so I don’t know. This literally is exactly the same as it was last time.”

The last time things blew over and Lars Sullivan got no backstage heat after Ringside News’ report. However, Sullivan did suffer from an anxiety attack a short time later that not only pushed back his WWE debut, but also nixed a WrestleMania program with John Cena.