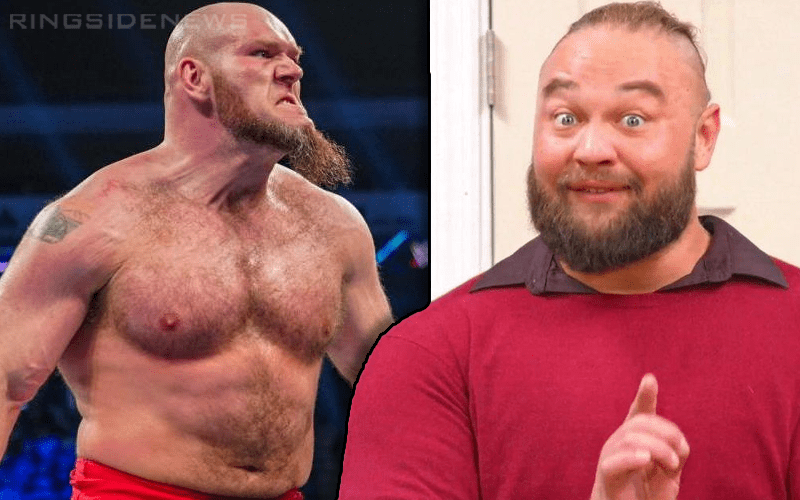 Lars Sullivan’s WWE main roster debut took place a short time before Bray Wyatt’s Firefly Fun House segments started to air. Once fans were introduced to the Firefly Fun House they had yet another thing to be fascinated with on television.

As we previously reported, Lars Sullivan is known to answer some fan questions with each one of his Instagram posts. This has resulted in some interesting revelations.

One could think that something like the Firefly Fun House might trigger someone like Lars Sullivan. That doesn’t seem to be the case. Because when one fan asked Sullivan what he thinks about Wyatt’s new character, he had a very positive response.

Lars Sullivan’s real-life positivity has not been addressed on WWE television. So far he’s pretty much been confined to wrecking people, screaming, and leaving. However, this is a drastic change from Sullivan’s body builder message board days, that’s for sure.