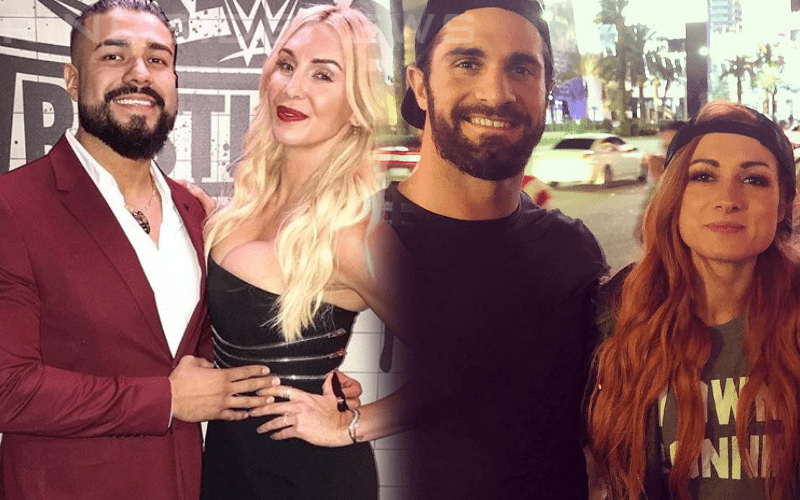 WWE has a lot of couples on their rosters. We compiled a list of them a few months ago, but even more are added all of the time like Corey Graves and Carmella as well as Charlotte Flair and Andrade.

The WWE Superstar Shake-Up affected a lot of WWE couples, but some of them were actually put closer together. One couple that was really helped out was Sarah Logan as her husband Raymond Rowe (Erik) was called up as a member of the War Raiders (Viking Experience).

However, one couple was not so lucky. Charlotte Flair and Andrade are no longer on the same brand. This might be an issue as Dave Meltzer hinted that this could be a way of WWE breaking them up in real life.

Seth Rollins and Becky Lynch are both on RAW, but it looks like when she loses the RAW Women’s Title then she will be going back to SmackDown Live.

Aleister Black and Zelina Vega are a married couple and are both on RAW now. The same is true for Jimmy Uso and Naomi.

Since Corey Graves works on both main roster shows he will still get to see Carmella at SmackDown Live. Of course, Ricochet and Kacy Catanzaro were separated when the One And Only was called up to the main roster in the first place, but she was very happy to see him on RAW.

We will just have to wait and see if WWE moves anyone else around. Because it looks like Charlotte Flair and Andrade might be the only couple that found themselves on different brands for now.