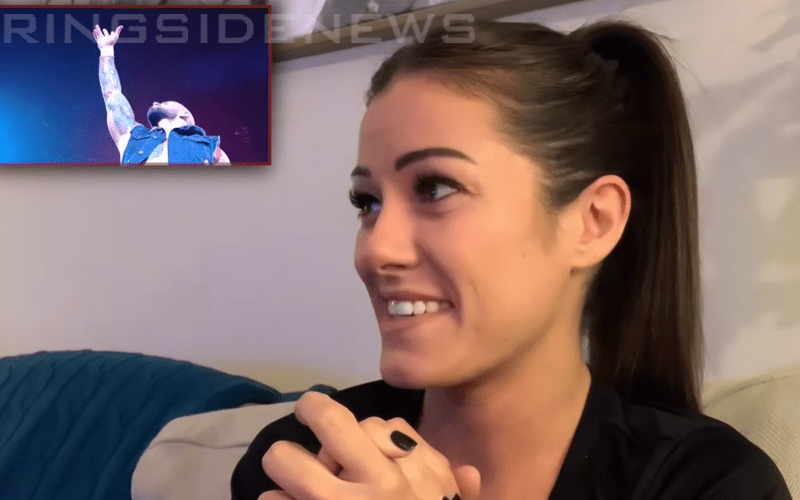 Ricochet and NXT Superstar Kacy Catanzaro are a couple and have been dating for a few months. Their relationship has been made into a big highlight for WWE and the WWE Performance Center YouTube recently uploaded a video showing Kacy’s reaction to her boyfriend making his status on the RAW roster official during the Superstar Shake-Up.

The former American Ninja Warrior said she realized that most of the WWE PC YouTube videos with her in it feature her crying. So she promised to try and not cry this time. Needless to say, it was difficult.

Catanzaro was very excited to see that Ricochet and Aleister Black are going to remain a team on RAW. She was also very shocked by who she saw join their 8-man tag team match when the War Raiders… Viking Experience… came out.

Her heart dropped as did her jaw when the Viking Experience came out. Her eyes started to water not minutes after promising she wouldn’t cry. She was very surprised and excited that “War Raiders” were on her television. Obviously she was too excited to realize that Vince McMahon changed their names.

Kacy said that she texted Chelsea Green when she saw that Zack Ryder and Ricochet were on the same team. She also commented on how cool it was that after everything they went through in NXT that The Viking Experience, Black, and Ricochet are in the same ring on RAW.