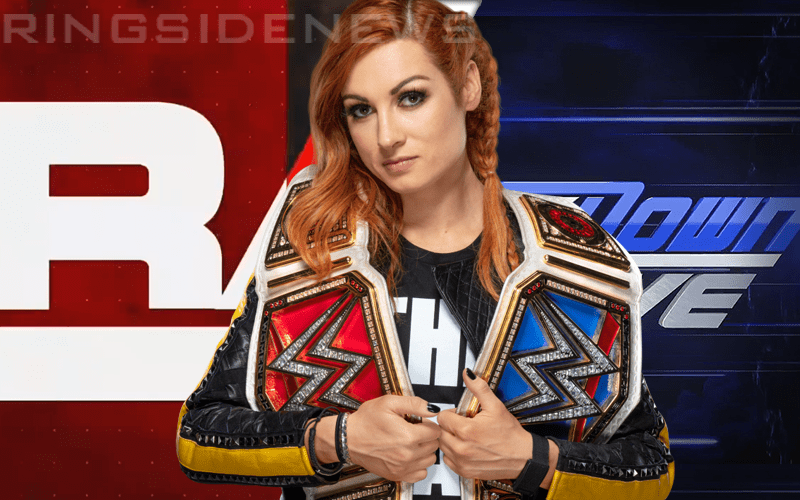 Becky Lynch is the double champ in WWE. She earned that position by defeating Ronda Rousey in the WrestleMania main event even though her shoulders weren’t completely pinned to the mat.

Now Becky Two Belts is traveling to both WWE brands. This might take away from house shows on Monday and Tuesdays because she is pretty much guaranteed to be on whichever show has television that night.

The Man’s only official challenger so far is Lacey Evans on the RAW brand. She might also have Bayley and Ember Moon lining up to face her on SmackDown Live, but nothing has been confirmed. Evans did win a #1 contender’s match meaning she has a title shot.

If you’re going to put money on which title Becky Lynch will lose first it very well could be the red brand’s championship. This is not only a safer bet because she actually has a match on the way to defend that title, but Becky Lynch is still officially a SmackDown Superstar.

The Man was on the blue brand before Mania and she was immune during the Superstar Shake-Up since she was traveling to both brands anyway. It is interesting to note that WWE’s website still lists her as a SmackDown Superstar even though she is actually holding both brand’s titles.

In fact, Lynch is only listed as the SmackDown Women’s Champion on her official profile even though she is obviously holding both titles in her picture.