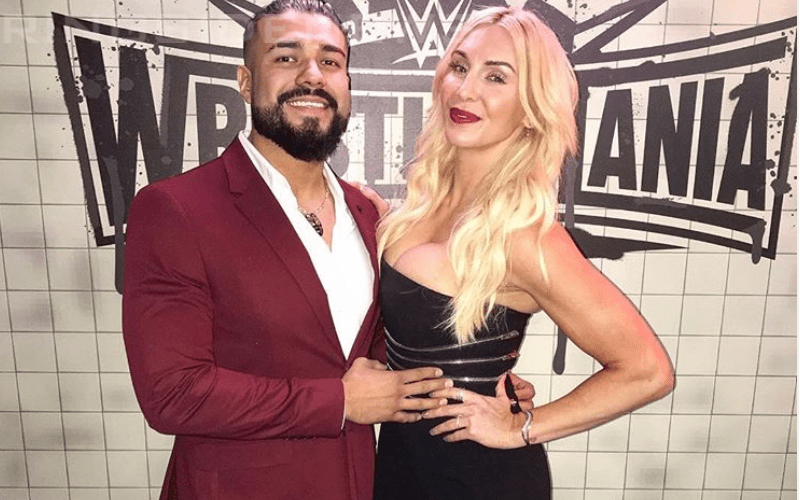 The WWE Superstar Shake-Up moved a lot of people around. Some relationships were also split up, primarily for Xavier Woods’ Up Up Down Down YouTube channel as RAW got a majority of his friends. However, the company might have been sending another message with their decisions.

Charlotte Flair and Andrade have not been hiding their relationship in the slightest. They appeared on the WWE Hall Of Fame Red Carpet together and Flair admitted that it was sort of like their big announcement as a couple. However, they are now on different brands after the Shake-Up.

The Wrestling Observer Newsletter noted that WWE sometimes sends a message that they want to break up certain real-life couples with their Superstar Shake-Ups. This could be very interesting for Flair and Andrade.

“The splitting of a couple by the office is usually the sign of wanting to break them up, but in the Andrade/Flair situation, it does put Vega and Black together on the same brand. “

Andrade’s business partner is Zelina Vega who is married to Aleister Black and they are both on RAW now. WWE kept other married couples together such as Rusev and Lana, Jimmy Uso and Naomi, and Sarah Logan and Raymond Rowe (Erik of the Viking Experience now) were even kept together after their main roster call-up.