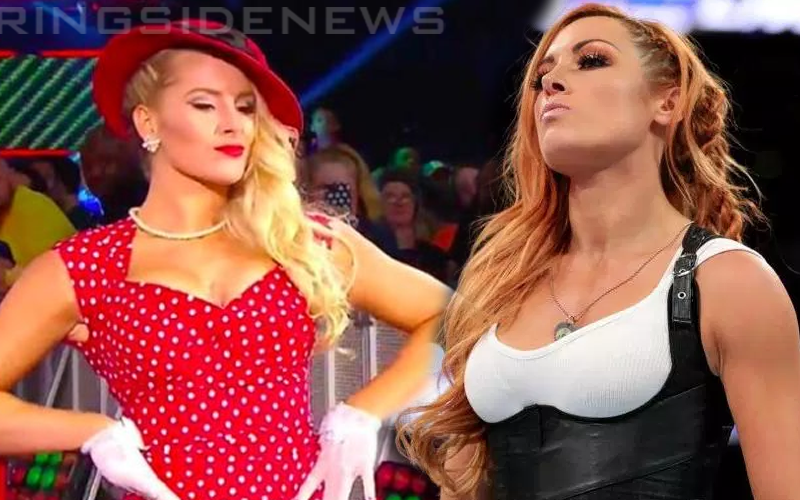 The Man took a big shot at The Lady Of WWE for just walking the ramp and wearing a nice hat. This was what Evans was doing while Lynch was making history, but it is important not to ignore what Lacey Evans is capable of with Vince McMahon seeing big things in her future.

Some of us are out there making history. Others are walking the ramp in nice hats

Lacey Evans fired back and it sounds like she has big plans for her shiny shoes after taking everything that Becky Lynch worked so hard for in one swoop.

Good thing you’re practicing bowing down, my high heels will need cleaning when I’m done taking everything you’ve worked for

Becky Lynch already stated that she will be on both WWE main roster brands as the champ-champ. This means that whatever brand Lacey Evans winds up on after the Superstar Shake-Up will likely be seeing a lot of The Man.

Things could get interesting because Evans might have the ability to end up surprising a lot of people by how strongly they book her.