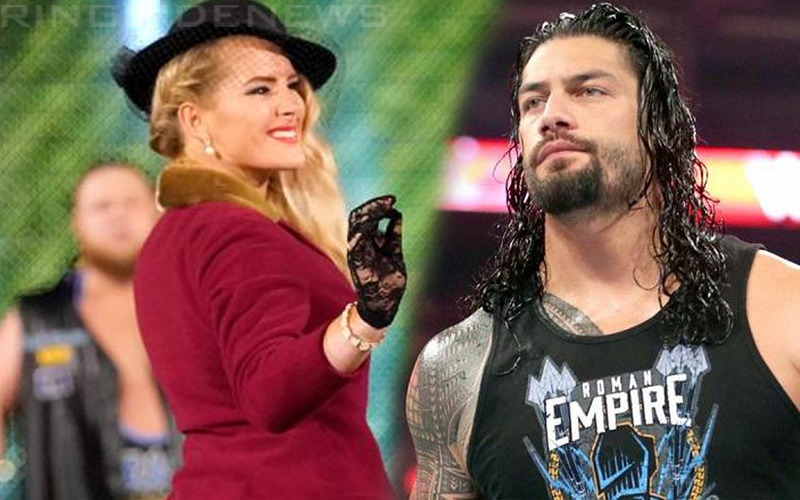 Lacey Evans is one of the six NXT Superstars that WWE brought up in January. They were introduced in November, but it took some time to get them on the program. Recently, WWE has booked Lacey Evans to simply come out and wave hello to the crowd before leaving without saying or doing anything. This is a way to get her face on television and there are plans for a lot more of Evans on WWE TV.

Dave Meltzer noted on Wrestling Observer Radio that WWE has huge things in store for Evans that will put her in an elite group of WWE Superstars if everything works out.

“Lacey Evans — you have no idea how big they want Lacey Evans to be. You know we talked about Asuka and Lacey Evans which I don’t think is going to happen, but that was the idea.”

“Right now the idea is that you know when Ronda leaves whenever that will be […] the big three will be Charlotte, Becky Lynch, and Lacey Evans. Which is you know is kind of a shock and she may not make it, but that’s where they see things.”

It was said that Evans has a great backstory that WWE loves. She is a former Marine, she has a family, her Classy Lady gimmick is new enough, and she has been through hardship to make her relatable to the WWE Universe. After all, Evans’ home was wrecked by a recent hurricane so you have to figure that will find its way into the WWE storyline eventually.

“They see her as someone they can promote mainstream because of what she’s done in life being a mother all the different things in her background. They just see her as a big-time star, a big-time crossover star. So she’s gonna be you know, she’s the Roman Reigns in a lot of ways […] I mean that’s the goal.”

We have to wait and see how far WWE takes Lacey Evans, but apparently, soon enough Lacey will be coming out to do way more than simply waving hello before immediately leaving.