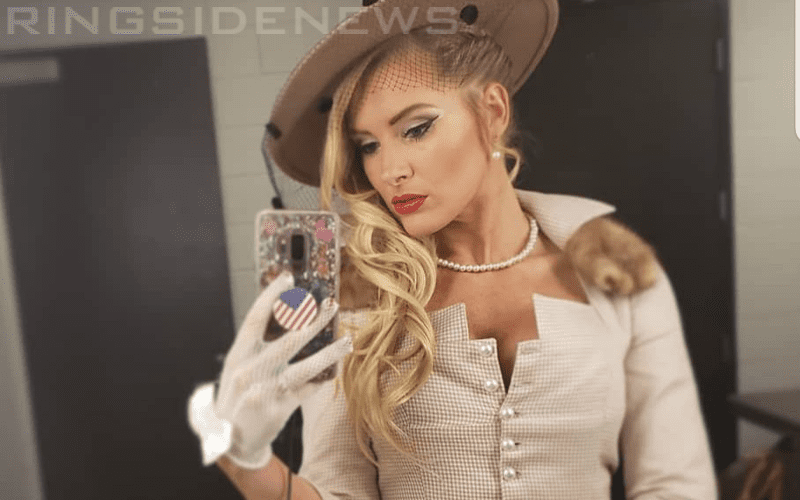 Lacey Evans is the Lady Of WWE and currently has her sights set on The Man. After making her decision to pick a first opponent on the Raw After WrestleMania, Evans took Becky down with a Women’s Right only to get jumped. The next night on SmackDown Live the brawl only continued.

Evans could be in line for a big push in WWE. It was previously reported that Vince McMahon sees her as one of the top three future females Superstars in the company along with Lynch and Charlotte Flair. To fall in line with the current trend of “feeling cute, might delete later” selfies, Lacey Evans posted a picture of herself while saying she might take a couple of titles too.

Feeling cute, might take a couple titles later…walk and wave….idk 👒

It could be very interesting if Lacey Evans surprises fans by taking those titles off of Becky Two Belts. It would really upset a lot of fans who journeyed with Becky Lynch along the way to see her through WrestleMania 35, that’s for sure.

At least Lacey Evans is being given more of an opportunity than to simply come out and wave.