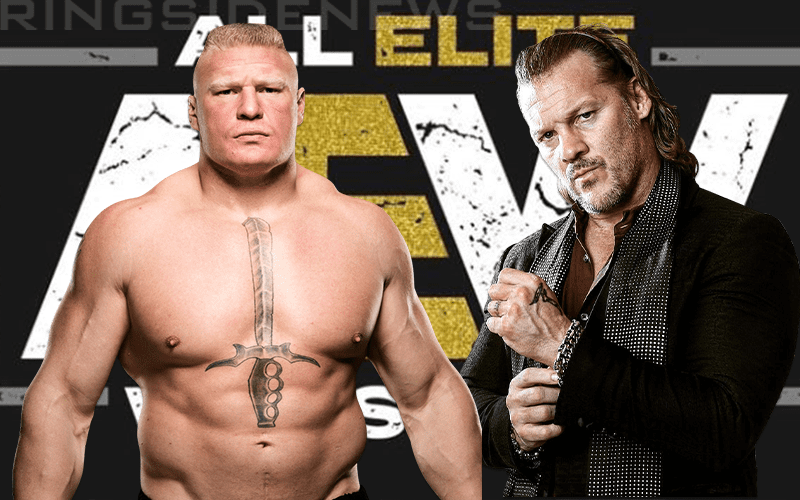 Chris Jericho is a very smart businessman. He knows how to work an angle in 2019 just as well as he did two decades ago. With the modern-day advances of social media this makes it even more interesting.

Brock Lesnar’s WWE contract status is a bit of a mystery. He was set to leave the company and focus on a UFC return following WWE Crown Jewel, but he was given the WWE Universal Title once again. This was not the plan because Roman Reigns was supposed to retain his title in Saudi Arabia even though he told the company that he didn’t want to go.

Now with another WrestleMania coming up very soon, fans are wondering if Brock Lesnar might chuck his Universal Title at Vince McMahon again and mean it this time.

Chris Jericho took a pretty big shot at Brock Lesnar by calling him out for having a gut. Dave Meltzer noted on Wrestling Observer Radio that this was certainly done on purpose. Because Chris Jericho wants a match against Brock Lesnar in AEW.

The fact is that All Elite Wrestling has a money truck that could be bigger than anything Vince McMahon has access to. McMahon is incredibly rich, but AEW is owned by a man who dwarfs McMahon’s net-worth. Therefore, Lesnar could be talking to three companies when the time comes. Because Dana White seems confident that Lesnar will be fighting in the UFC again as well.

This is a very interesting subject and we will keep you updated on everything as new information is made available right here at Ringside News.