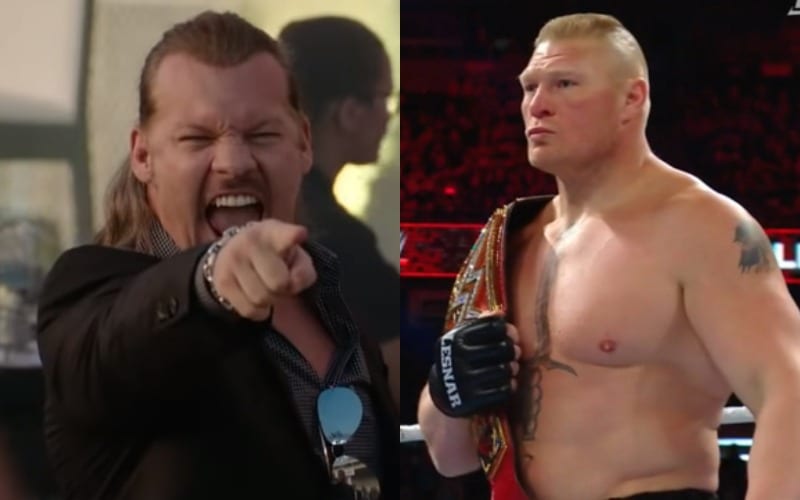 Chris Jericho was likely watching the WWE Royal Rumble along with the rest of us. It appears that he wasn’t too impressed either. In fact, he felt the need to take a shot at the Universal Champion in the process.

Jericho mocked Lesnar’s appearance and told him “the dream is over dude.” We’re not sure exactly how he expects to pay off this insult so it could have just been something he needed to get off of his chest.

“Intimidation and fear a LONG way in our business guys. But let’s be honest, @BrockLesnar needs to pull up his pants and lose the gut… the dream is over dude. I don’t play by the script… @wwe @AEWrestling”

You never know where the money could take Brock Lesnar next. He has stuck around WWE for massive paychecks in the past by accepting big money offers to stay. Therefore, if AEW offers him enough to take on Y2J in their company anything is possible.

This is very interesting though, but seeing how Lesnar hardly logs onto social media he isn’t likely going to see this massive shot from Chris Jericho.