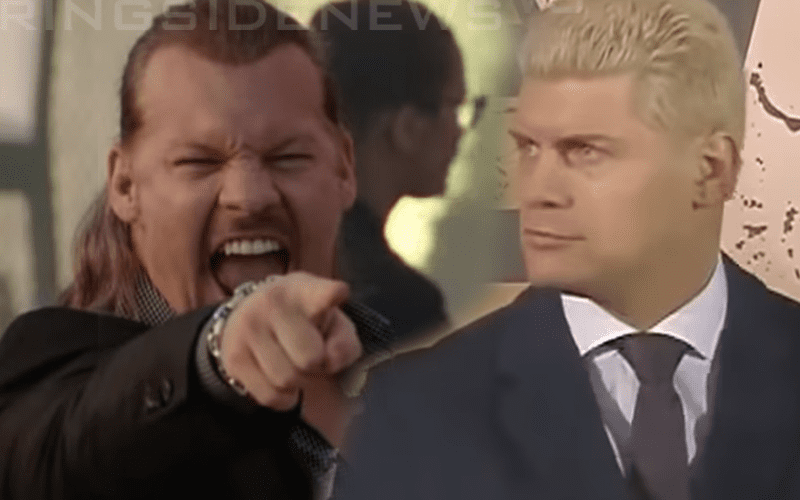 Cody Rhodes is an Executive Vice-President of AEW. This is an esteemed position, but Chris Jericho doesn’t seem to see it this way.

After giving an interview with the New York Post, Cody Rhodes decided he wanted to share the interview on social media. The problem for Chris Jericho is the fact that this article was titled: “Cody Rhodes on AEW launch, mocking WWE and why Chris Jericho is ‘kind of a d–k.’” This is when Y2J spoke up in a very big way.

Watch your mouth kid. Remember VP, you’re not my boss…I’ll your damn teeth out.

You never know when Chris Jericho vs Cody will happen, but this match is certain to become a reality in AEW eventually. Jericho vs Kenny Omega is already set for Double Or Nothing, but Fight For The Fallen still needs a couple of big matches on the card.