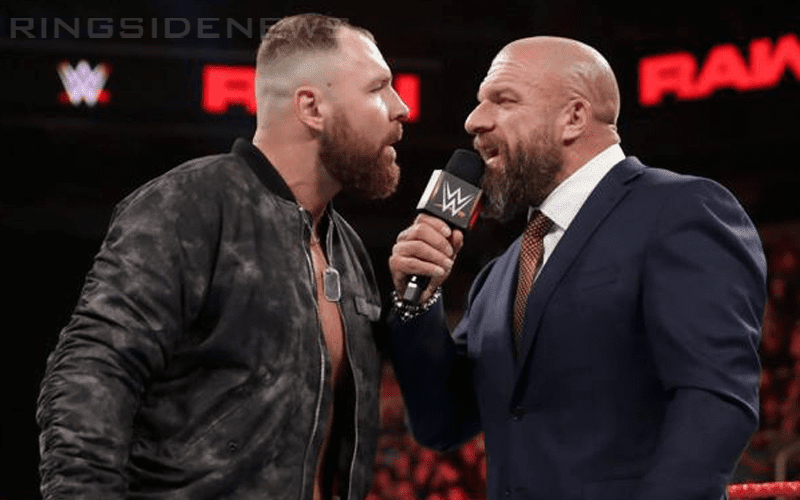 Dean Ambrose is leaving WWE when his contract is up in April. It is said that AEW will have an interest in bringing Ambrose in when he is a free agent. However, the idea of Ambrose using AEW to get more money out of WWE was not one he appreciated.

Ambrose is in good financial shape. Therefore, he wasn’t staying with WWE for the money. In fact, he resents those who seem to be sticking around just for the paycheck.

Dean Ambrose’s WWE exit was due to frustration with creative. Ambrose was already in a pretty frustrated mood because his answer didn’t change, but there was still a series of meetings he had to endure over the Royal Rumble weekend.

When the idea was brought up that Ambrose was just leveraging AEW for a bigger paycheck from WWE the idea only upset him more. Some within the company believed this line of thinking.

In the meantime, Ambrose is still a WWE Superstar and will work all of the dates that WWE books him for. The company even booked him against Nia Jax later next month in an intergender match. WWE said that the door is open for Ambrose’s return. You never know if WWE might try something else to get him to stay in the meantime.