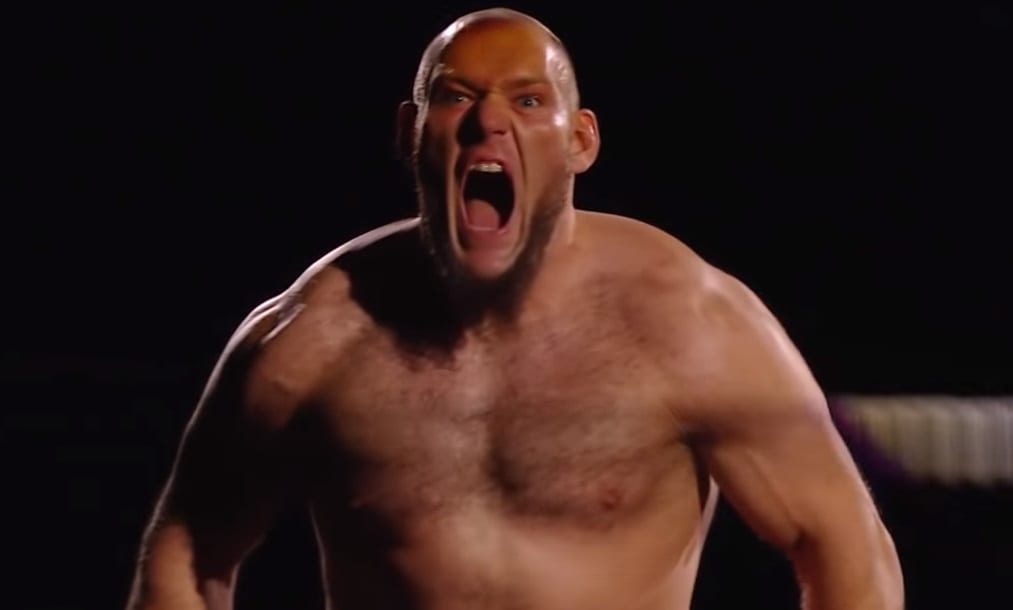 WWE had some big plans for Lars Sullivan and Dave Meltzer literally said that the company is going all the way with him and he will get every chance in the world. Then Sullivan suffered from what is believed to be an anxiety attack and he went home instead of debuting on RAW.

There were also plans for Sullivan to be the reason why John Cena had to miss the Royal Rumble instead of blaming a workout injury. Not it looks like WWE might be pumping the brakes on Lars.

Triple H said the company plans to go ahead with Sullivan so they might be holding him for a big surprise. He wasn’t listed in this Instagram story sent out by WWE before RAW kicked off this week. The poll asked if fans thought that they would see the new call-ups this week and The Freak was not an option.

We will have to wait and see what happens next with Lars Sullivan. He said that he is in a good place, so maybe that place will be on television soon enough. In the meantime, WWE might be making their WrestleMania plans without Lars Sullivan.