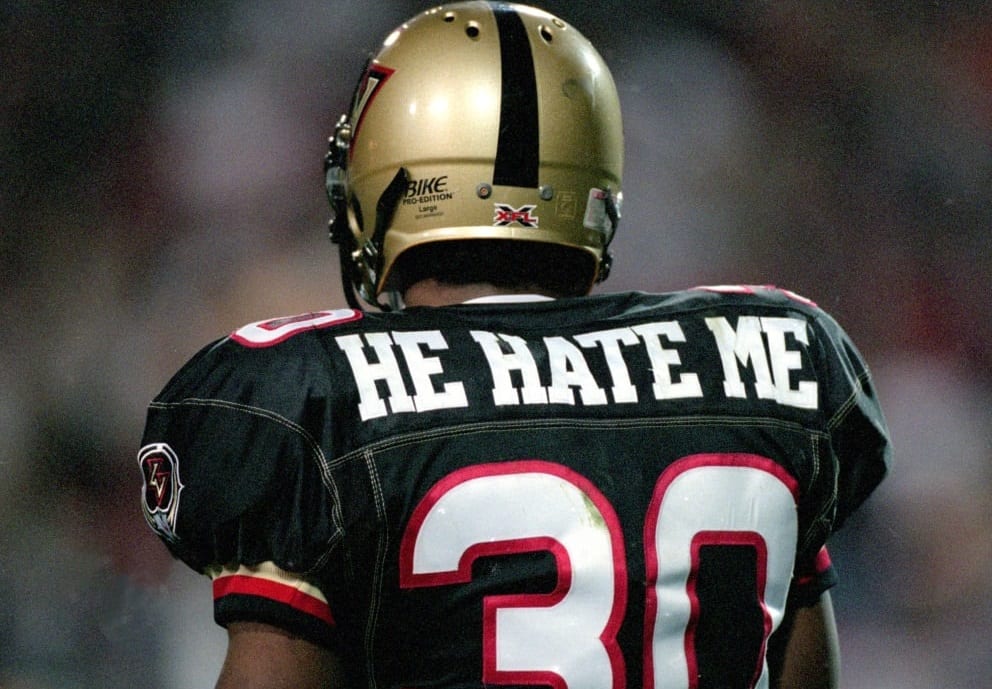 The XFL is coming back next year and they have some plans to get the ball rolling soon on everything needed to put this operation together. There is said to be pretty good television interest and they plan on having their coaches and quarterbacks hired soon enough.

One thing they don’t need is too much creative freedom on the back of the players’ jerseys.

XFL Commissioner Oliver Luck spoke to WFAN and said that the new league is going to try to avoid another “He Hate Me” scenario.

During the first incarnation of the XFL players were allowed to put whatever they wanted on the back of their jerseys as long as it could get by the censors. The most popular by far was “He Hate Me.” Rod Smart used that phrase on the back of his jersey to get a lot of attention and he translated it into an eventual career in the NFL.

The new XFL wants no part of that though.