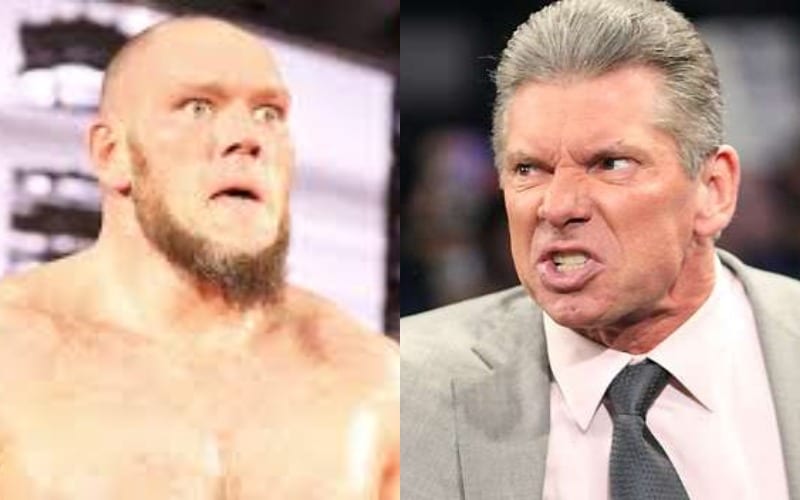 Lars Sullivan was set for a WWE debut on the main roster and the company had big plans for him. He was slated to face John Cena at WrestleMania in a dream match for any other Superstar. This pressure might have gotten to The Freak because he suffered from what is believed to be an anxiety attack and he went home to Colorado instead of appearing on Raw and SmackDown as scheduled two weeks ago.

John Cena’s injury angle was worked into the program because Sullivan was supposed to be involved somehow in a pre-taped segment. WWE decided to make a change and Rajah reports that Vince McMahon was mad enough to do it.

The entire John Cena/ Lars Sullivan segment on RAW was scrapped due to Vince McMahon being so upset at Lars Sullivan. Although it wasn’t noted that their entire WrestleMania match was scrapped, at least this segment that was supposidely set to kick off their feud was nixed.

Vince McMahon either knew Sullivan was going to be away or he didn’t care. Either way, the segment between Lars and John didn’t happen on Monday. It is also said that Triple H is taking heat for this situation.

It should be noted that there are a couple of pay-per-views in between the Royal Rumble and WrestleMania. However, Cena is currently locked into filming a movie until April 1st where he is the star and appearing in 99% of the scenes. Therefore, Cena might not get another day off for WWE until April.