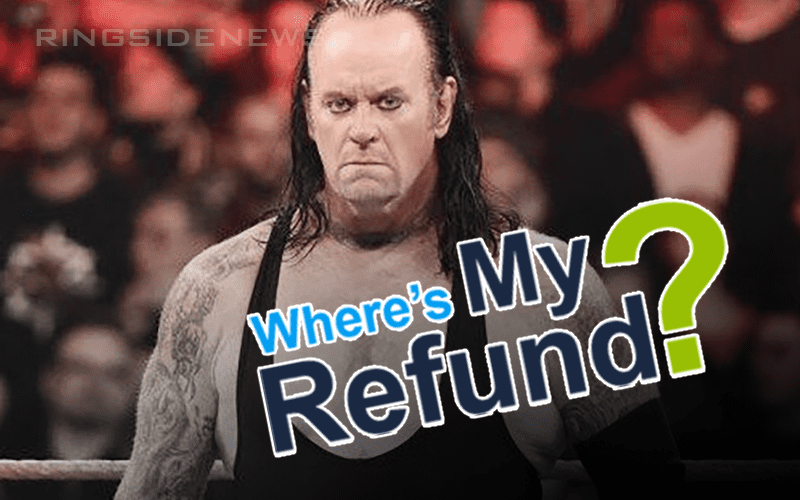 The Undertaker is doing a lot more appearances recently and coming out as a human unlike he ever has in the past. He did a shoot interview and has been to a few conventions. He even got a surprise kiss in the process. Taker had to cancel a recent appearance because they wouldn’t pay-up and now fans are getting the run around about a refund.

One reader who purchased tickets to the event reached out and shared his story with Ringside News. This fan said that he has contacted the promoter, but he hasn’t been able to get a refund for the massive ticket that he purchased. He’s not the only one either.

“Hello. I am seeking some assistance about The Undertaker meet and greet cancellation in Waynesboro VA. I and many other people purchased tickets for the event from AWE. I am having the worst time trying to get a refund for it. It was 257$. and many others have inquired on their Facebook page and soon after it gets deleted. Any advice or help would be appreciated.”

Fans complained about how much it is for a ticket to see The Undertaker’s Q&A when he goes to the United Kingdom, but at least he’s actually doing that show. Hopefully, these fans will be able to get a refund because this is not the best look for Awesome Wrestling Entertainment.