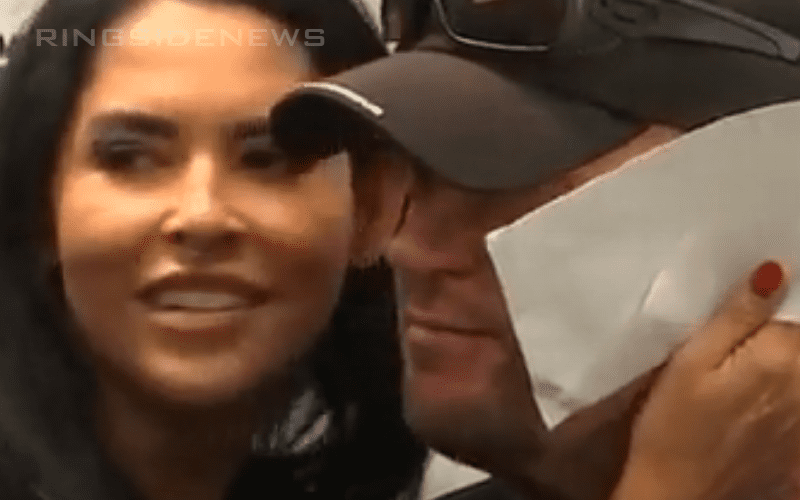 The Undertaker is one of the most recognizable faces in pop culture and he rarely does appearances. It seems that he might be coming out more often, but recently at Frank And Son’s Collectable Convention, The Undertaker met a fan who had been waiting to see him for a long time.

As you can see from the video below, Taker came out and the fans popped just seeing The Phenom in street clothes. They couldn’t wait to meet their hero, but one very excited female fan had another plan in mind.

She met The Undertaker and planted a big kiss on his cheek it was a pretty funny moment and Taker took it well, needless to say, the fan was overjoyed from the experience.

The Dead Man conducted a very extensive shoot interview where he addressed fans coming up to him in public. He didn’t touch on the topic of being kissed if I were a betting man Michelle McCool might not be okay if this became a regular thing.