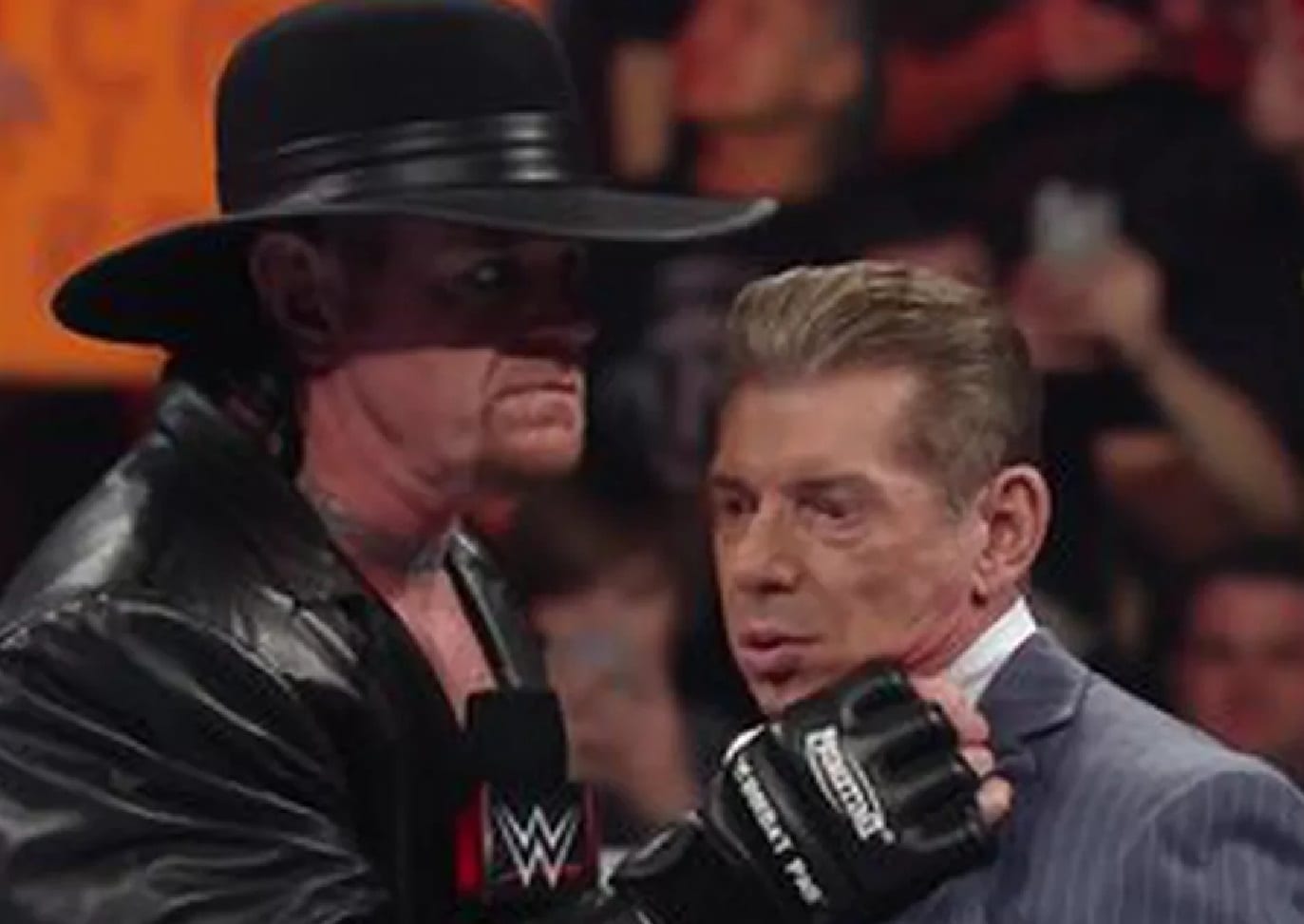 Few people have been able to capture the pro wrestling world like The Undertaker, but it turns out that Taker also has an ability to capture other people through impressions.

The Undertaker recently sat down with Pastor Ed Young as part of the “Wrastlin'” series in a very rare appearance out of character, but he still addressed plenty of interesting topics from his legendary career. He said it all started with a phone call from Vince McMahon, and in the process Taker also showed off some impersonation skills of not only McMahon and Hulk Hogan as well.

“I can’t say that I was smart enough to have the presence of mind to do it. I got the call from Vince McMahon. The call was something like this, the phone rings: ‘Hello?’ — (in a Vince McMahon impression) ‘Is this The Undertaker?’… ‘Yeah, this is The Undertaker’… ‘Well, alright then be here tomorrow!’ The next thing I’m on a plane.”

“That was the character in Vince’s mind the original character was based on an old Western Undertaker. At the time people were just so enthralled with it because it was just done differently. Like most interviews, segments and the way people talked was like (doing Hulk Hogan Impression) ‘Well lemme tell you something!'”

“What I said, I talked very low. You know and obviously, there were very menacing words but when you’re in a room and someone talks real low you lean forward and you know. So I had their attention and they’re trying to keep the character relevant for this long you really have to keep your finger on the pulse of things because if you don’t before you realize that you’re stale your audience is already moved on.”

This little bit of The Undertaker impersonating Vince and Hogan would lead us to believe he has plenty more in his catalog to choose from. Hopefully, we will be able to hear more in the future, but in the meantime, it’s incredibly entertaining to imagine Taker sitting in the locker room entertaining the boys with his spot-on Vinny Mac impression.