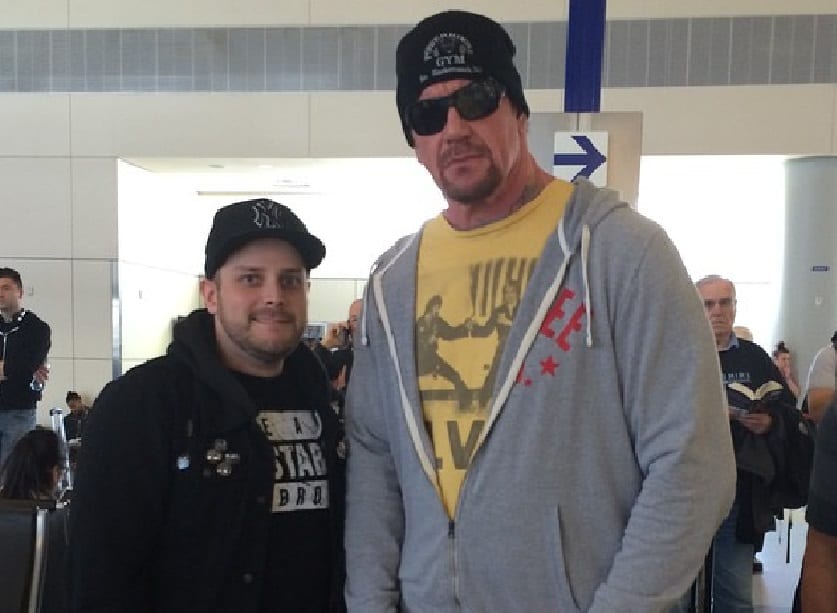 It’s very hard to be The Undertaker because he is one of the most recognizable people on the planet. After all, not many 7-footers look like him. So he gets spotted all the time. This is why a surprise from The Undertaker is almost unheard of anymore.

But as The Dead Man recently sat down with Pastor Ed Young as part of the “Wrastlin'” series he discussed what it is like to be the kind of person who really can’t go out into public without being noticed.

“Yeah, it’s kind of hard to hide. It really is. You know and the sleeves (tattoos). Even if people aren’t wrestling fans it doesn’t take too many removals until you find someone who is a wrestling fan. So normally your size it’s like, ‘Wow that’s a big dude, I wonder if he plays football… oh wait a second… that’s the Grave Digger.'”

“So for years there I lived the character so it was ‘this guy’ everywhere, right? It was like if they came up to me it would be different but I tried to give them that aura like ‘don’t mess with him because he might drop you where you stand,’ right?”

The Undertaker said that sometimes people will send someone else over to him first as a tester to see if he snaps at him, and if he doesn’t then they proceed to approach him. But he said there is a line that he must draw when it comes to when he can be approached.

“I try to be as accommodating as I can unless my kids are with me. I try to be as polite as I can. I don’t want my kids pictures taken. I don’t want them on social media, I’m really protective of that. I say, ‘hey my family is with me, normally I would but I can’t take pictures because it causes — you know.’ And most people understand that and respect it.”

But it’s hard for Taker to exist in day-to-day life without someone recognizing him. He wants to treat his fanbase right, but also said “some people assume and take a lot for granted” because they’re his fans. He understands that, and that’s why he works as hard as he does in the ring.

“However much I have left, I’ll give it to you — this is a bonus and you were lucky enough to come across me whatever you have, I’ll sign it if you know just give me a little bit of respect.”

Taker said he hates it when people take their camera out and try to do that little “sneak peek” where they take a picture when you’re not looking. But once they see he’s okay to talk to fans, then they will come up to him but Taker will then ask them what about the 10 pictures they just took without his permission.

Out of everything though, The Undertaker says he is asked all the time by people if he will give them a chokeslam… “I say it’s a nice flight but the landings are rough,” he said.