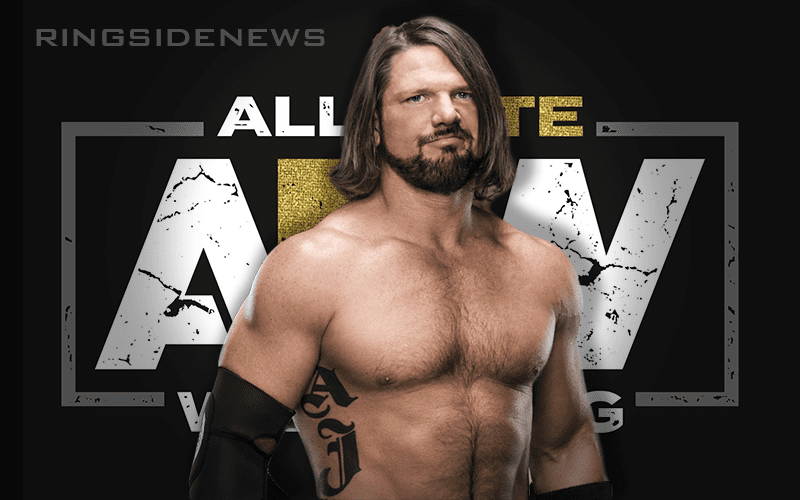 All Elite Wrestling is said to be going hard after WWE contracts that are coming up in 2019. This has opened the door to a lot of speculation. It could also be a reason why WWE is locking in some key contracts.

Dave Meltzer noted on Wrestling Observer Radio that AEW is going to be talking to who they can. If they are in WWE, obviously their contracts will have to run up before they can do that. However, AJ Styles’ current situation is a very interesting one.

“I don’t know who’s [contract is] up. I don’t know who [AEW would] be interested in signing. guys out there. If you look at anyone on that [WWE] roster who’s is up who worked for PWG or Ring Of Honor, they probably know the Young Bucks.”

“I think all of them unless they become really top guys and even then I mean AJ Styles — Daniel Bryan signed a new contract in September so it ain’t gonna be him.”

“AJ Styles’ deal is up pretty soon and they know him. They’re good friends with AJ and it’s really up to AJ but it does give him… I will say this AJ’s got a Hell of a lot of leverage right now because AJ’s a key guy and All Elite would offer him… I mean a great deal for sure and an easier schedule for sure.”

Meltzer noted that nobody has a better deal than AJ Styles right now when it comes to choosing between the two companies except for maybe Kenny Omega.

He later noted that if guys who are close with The Elite like Adam Cole let their contracts run out then they might be very happy about that as well.

It was said that WWE gave Daniel Bryan an easier schedule which is how they were able to convince him to re-sign with the company. At AJ Styles’ current state in his career, he wants an easier schedule too. Now he will get it either way from WWE or AEW.