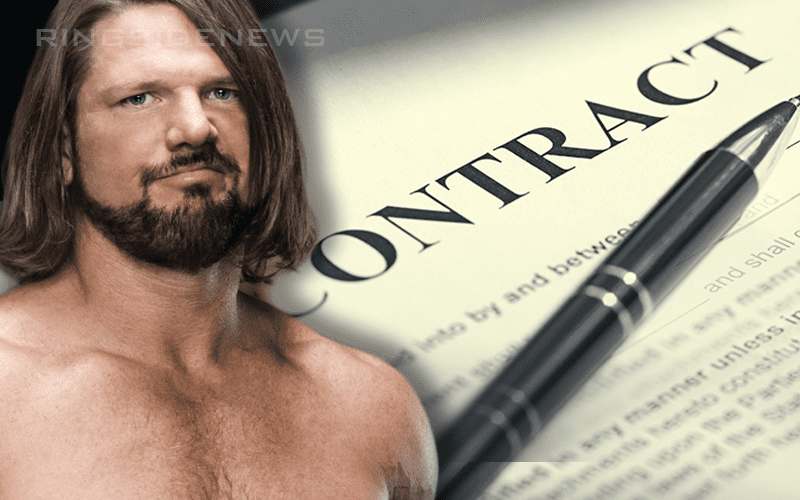 WWE has an entire roster full of Superstars and you never know who they might be texting about opportunities that they could find elsewhere. The pro wrestling world has been able to evolve over time, and it seems like one more big change could be coming soon. The only real question is how much of a change it is going to really be.

Mike Johnson revealed the expiration dates for a couple key Superstar contracts during PW Insider Elite audio. He also went into some detail about WWE’s current mindset as they make sure their investments are protected before what is likely to be a pretty important time for the pro wrestling world where change could very well be around the corner once again.

“WWE for some time has been trying to lock in talents to five-year deals. You know the one name that is out there is AJ Styles. His deal isn’t expected to expire until April and if he doesn’t wanna come to terms with WWE or if he wants to kinda look at going to another company and now just AEW, but Impact or Ring Of Honor or Lucha Underground or anybody he can use this to kinda nudge WWE to get a little more money he might not get otherwise although nobody isn’t going to argue AJ Styles deserves the biggest paycheck he can get.”

We have previously reported that WWE doesn’t seem to think that the All Elite Wrestling promotion is going to be a big threat to them, it might simply be the overall climate of the pro wrestling world right now. Things are being shaken up all over the place on every level, so they need to protect their top spot.