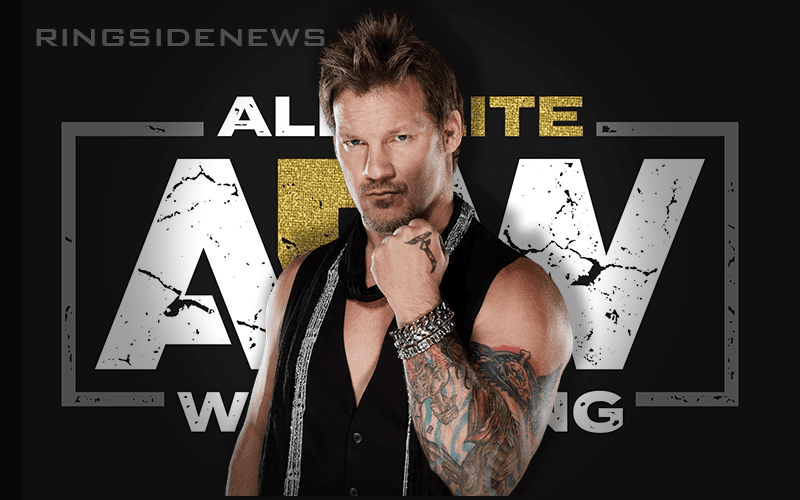 All Elite Wrestling’s big Jacksonville rally had quite a main event. Chris Jericho came out when Conrad Thompson was wrapping everything up while he asked the crowd who they thought would become the first All Elite Wrestling Champion.

Chris Jericho said he is ALL IN with All Elite and then he said they’re changing the universe. Then he made it official by signing a contrac with the new company.

WWE obviously saw this because they got right to work on changing their own video package to edit Jericho out. We previously reported how WWE wasn’t letting fans in the building last night with AEW merchandise on… then they changed their minds oddly enough.

It looks like Jericho could be in the doghouse with WWE. You can check out some evidence below. This kind of stands to reason seeing how Jericho was apparently talking to WWE a couple of week ago about making a return.