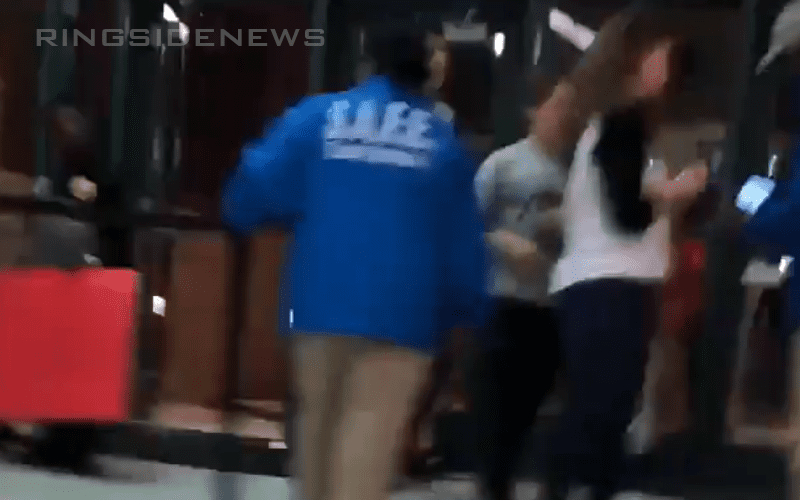 All Elite Wrestling had a pretty groundbreaking event in Jacksonville today. Not too far away, WWE was holding a SmackDown Live taping.

Because of this, WWE wasn’t allowing people in the SmackDown event if they were wearing AEW merchandise. The All Elite Wrestling logo t-shirt i the most popular piece of merchandise at ProWrestlingTees, after all.

It turns out that WWE changed their minds about their policy of banning AEW pretty quickly. It’s unsure exactly why they decided to so rapidly change their policy, but they did.

Hidden camera footage from a fan which you can see below shows a security guard explaining that they WWE changed their mind about AEW gear after they had already told some people they can’t come in.