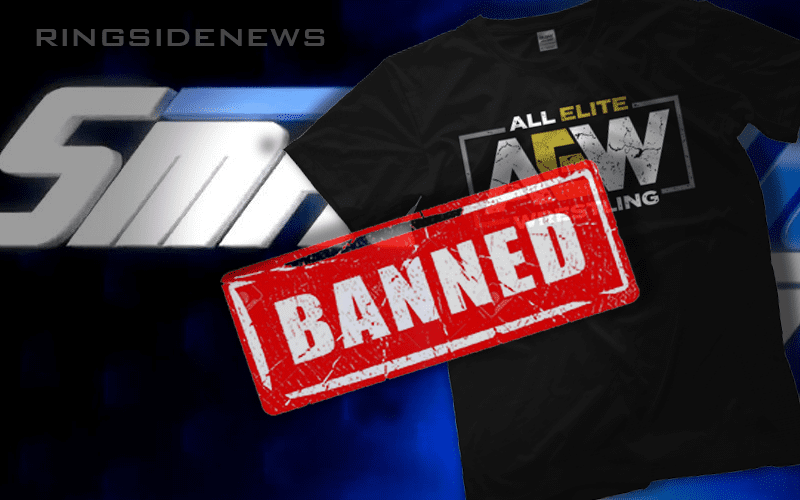 All Elite Wrestling made a pretty big scene in Jacksonville today with a rally where they announced several specifics about the new company.

AEW had a few fans at the rally that might have also been planning to attend WWE SmackDown Live just a stone’s throw away. However, if they are wearing AEW shirts, they will need to bring a change of clothes.

One fan noted on Twitter that they have already been told that All Elite Wrestling merch is not allowed at SmackDown Live.

“Was just turned away from attending Smackdown for wearing @AEWrestling merchandise. Was told I would NOT be allowed in or to purchase a ticket per @WWE. @MattJackson13 @NickJacksonYB @CodyRhodes you guys wouldn’t turn me away from an AEW show you?”

This looks like an interesting issue. It makes sense that WWE wouldn’t want another situation where their crowds are full of promotion for the opposition. In time, it might get pretty hard to stop as AEW continues.

Maybe this is what they were talking about when it was said that WWE was monitoring the situation?

Special thanks to Cassidy Haynes of BodySlam for passing that along