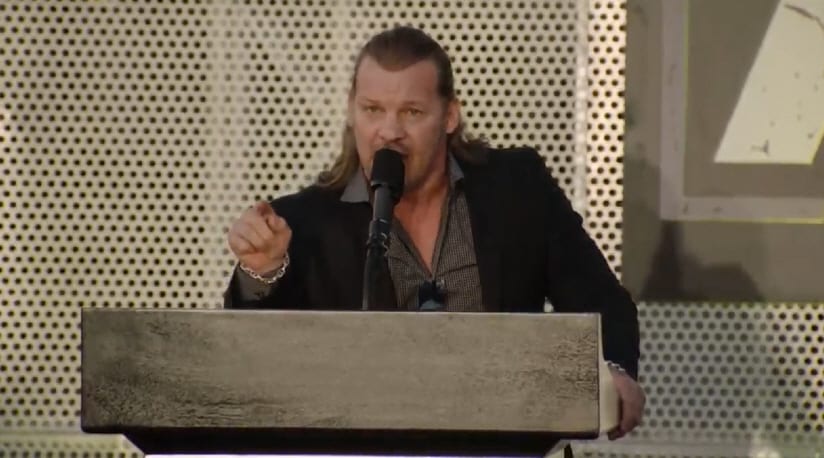 Conrad Thompson sounded like he was wrapping things up at the conclusion of the All Elite Wrestling rally in Jacksonville Florida today. Then very familiar music started to play.

As Fozzy’s song “Judas” began to play people realized that Chris Jericho was near. Soon, Y2J came out and the crowd lost their minds.

“I am Chris Jericho and I am All In with All Elite Wrestling! Surprise!”

He said that they just took things to a different level as he rallied up the crowd. He said it’s not about the money because he already has the money. Jericho said he’s about doing things that are new because he’s an outlaw, a maverick, he’s Chris Jericho.

He said it all starts today. He said this is the day that AEW starts and on May 25th in Las Vegas at Double Or Nothing, he will be there.

Chris Jericho is with All Elite Wrestling as he said they’re not just there to change the world, they are there “to change the whole universe.” That was a very interesting word to use.