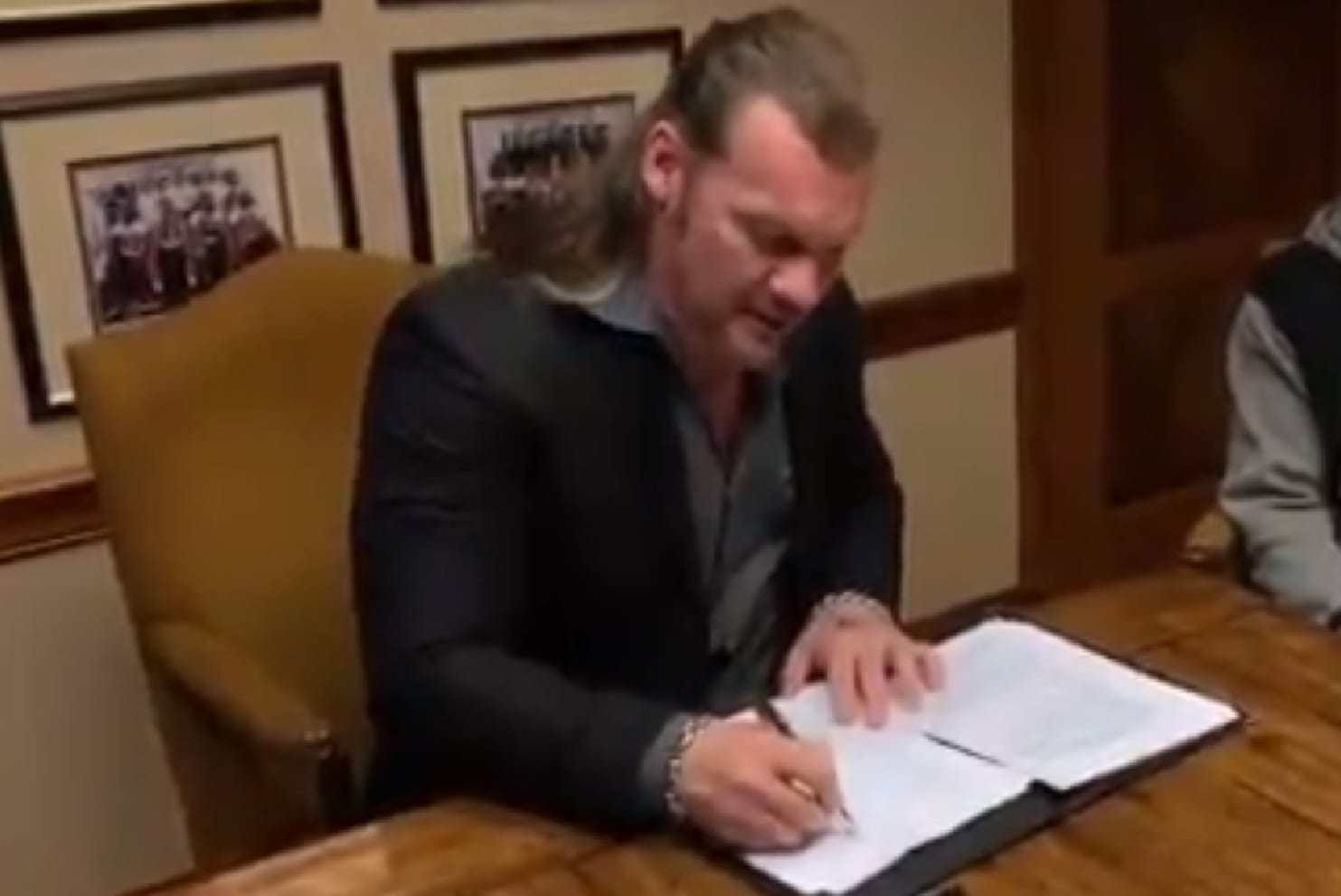 All Elite Wrestling’s Jacksonville press conference included several big surprises. When Chris Jericho stepped out it took the cake. Y2J announced that he is “All In with All Elite” and they are going to “change the universe.”

The wording Jericho used when he said “universe” was very interesting. Because not too far away the WWE Universe was banning AEW merchandise from SmackDown Live.

Jericho made it official backstage after the press conference and they recorded it for history’s sake. Tony Khan was present as well and Jericho signed on the dotted line with an official AEW pen.

Then to top it all off, after he signed the contract and shook Tony Khan’s hand, he said: “We are gonna change the universe, baby!” You have to know that he’s saying “universe” for a reason.