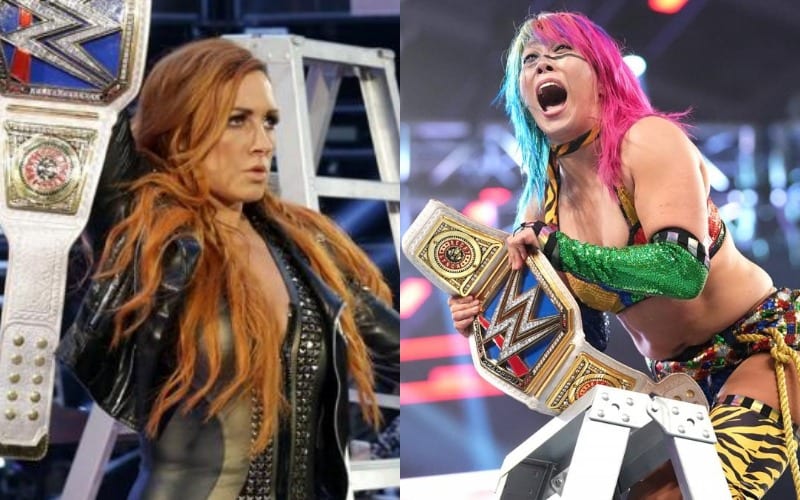 Becky Lynch is no longer SmackDown Women’s Champion. She lost her title at WWE TLC when Asuka ascended the ladder before The Man or Charlotte Flair. Becky Lynch is not happy about how it went down nor does she appreciate how Asuka has carried the title so far.

Losing the title in a TLC match means Becky Lynch was never pinned to lose her title. This is something she drew a lot of attention to as she pointed out that not only did nobody defeat her for the title, but Asuka has ruined its reputation already.

“No one beat me to become champ. When Asuka left TLC my championship was RED hot, the main event title, and the talk of the business. How’s it doing now? Exactly. I am that title. I am the #foreverchamp.”

Becky Lynch obviously watched the episode of MTV’s Ridiculousness that she starred in tonight. During the episode, Lynch still had her SmackDown Women’s Title and declared herself a “forever champ” because she said at the time she was never losing her title.

Asuka vs Becky Lynch was confirmed for the Royal Rumble pay-per-view, and then the match was pulled and blamed on Paige. You never know if Lynch could get her title back, but she still has her eyes on the WrestleMania main event against The Baddest Woman On The Planet, Ronda Rousey.