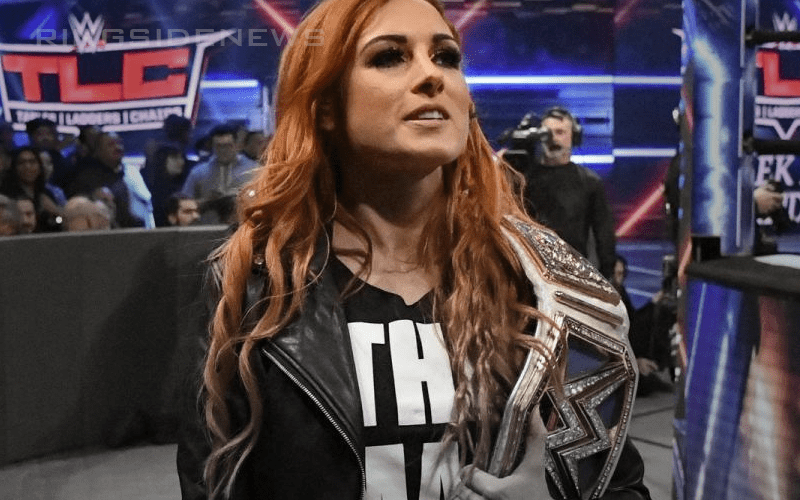 Becky Lynch couldn’t compete at Survivor Series because Nia Jax caved her face in with one punch. This stiff shot not only broke her nose and caused a severe concussion, but it also prompted The Man to turn on autopilot for the remainder of the segment.

As Lynch spoke to the Ariel Helwani Show, she said: “Hopefully, it will lead to bigger and better things. They want to see me and Ronnie. They do want to see it on a bigger stage and WrestleMania is a big stage.”

Becky said she goes to bed thinking about WrestleMania and if she had a vision-board, it would be on it too. She said this is the fight people want to see and people care about it. “It’s the one people care about the most, so it should be in the main event.”

Lynch said she has a ton of respect for Rousey as she brought women’s MMA to a point we’ve never seen before. Being the champion is about getting tested and Lynch has been tested time and time again as she expressed doubt that Rousey would be able to experience the same with such positive results.

Lynch said Rousey is driven backstage and talks to everyone. Lynch said she wants it to go well, but since everything has come so easily for Rousey, Lynch can’t wait to be the one to put the Raw Women’s Champion in her place.

WWE could very well be planning a showdown between The Man and Rowdy Ronda Rousey soon enough, but if you ask Lynch, WrestleMania is the only suitable location for that match at this point.