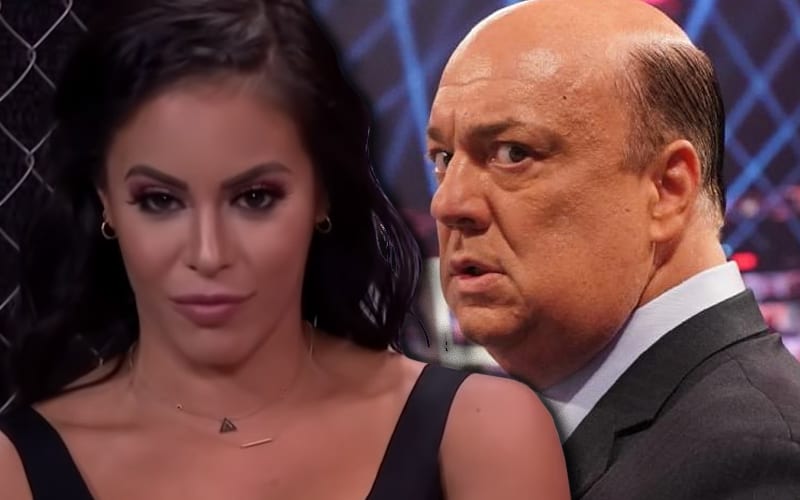 Paul Heyman isn’t afraid to bring up a topical conversation during Talking Smack, even if it’s something WWE really doesn’t want him to say. It happened again this week as he took a shot at Charly Caruso.

WWE removed Charly Caruso from television due to backstage heat. She was late to interviews and she isn’t expected to be seen again.

Apollo Crews was a guest on Talking Smack this week. Kayla Braxton and Paul Heyman were in their roles as hosts, and Heyman couldn’t help but take a shot at Caruso in the process.

After Apollo Crews demanded a “proper introduction,” Braxton had some trouble announcing him as the next IC Champion. Then Paul Heyman said:

“Ladies and gentlemen… we got rid of the wrong female journalist around here.”

That comment caused Kayla Braxton to say: “Oh,” and she immediately covered her face with her hand. That was a pretty awkward statement that Heyman launched out there and Kayla Braxton was there to react firsthand.

Paul Heyman also took a shot at Christian leaving WWE for AEW last week. Obviously, Heyman isn’t going to shy away from saying whatever he likes.