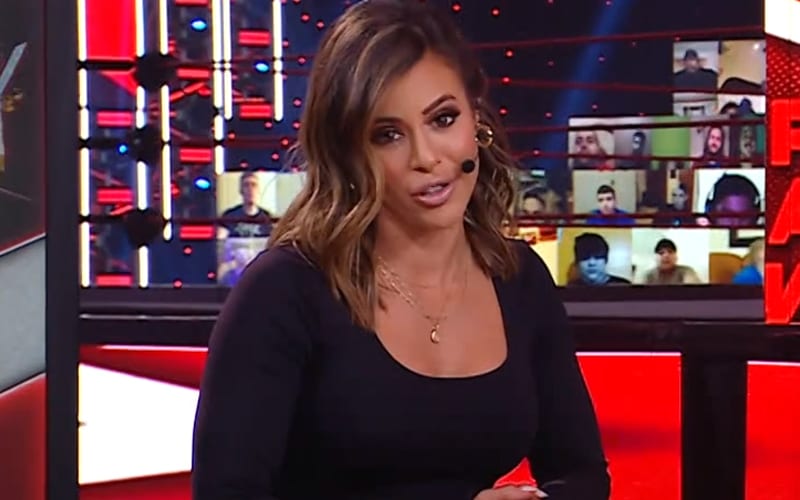 Damian Priest has a couple of nicknames. Some fans might still call him Punishment Martinez. D.P. seems to be a new name for him, but most people think about something very different when they see those two letters together.

It was noted on PW Insider that Kevin Patrick was brought in to replace Charly Caruso the week after she was involved in a little off-color humor. It was suggested that Damian Priest change his nickname to D.P and Caruso said “I like D.P.”

On Monday 3/8, Kevin Patrick was announced as signed by the company and immediately took over as the host of Raw Talk. The previous week, Kayla Braxton filled in for Caruso. [Two weeks] before that, Caruso, during the [2/08] episode of Raw Talk, joked that she “liked DP” when co-host R-Truth referred to Damian Priest as “D.P.” Caruso has not appeared on Monday night programming the last few weeks as Patrick, Braxton and Sarah Schreiber have been handling interviews on Monday Night Raw.

The fact that she made that little joke on RAW Talk isn’t 100% to blame for her expected exit, but this is very interesting timing. She had one more episode of RAW Talk after that before she was replaced.

If you want to see the segment that caused this little controversy, you can click here.

It was previously reported that Charly Caruso had some heat backstage with Randy Orton, Sheamus and others because she was later to conduct interviews backstage.