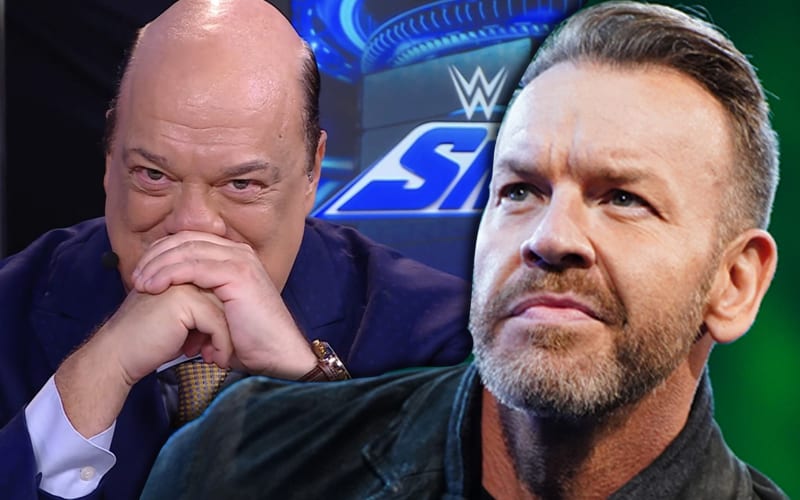 Christian Cage was AEW’s big surprise signing at Revolution. He inked a multi-year deal with the company, and Paul Heyman noticed.

During Talking Smack this week, Heyman discussed Edge and Roman Reigns’ current WrestleMania program. He threw shade at Christian in the process for “converting.” He didn’t outright say “Christian left WWE for AEW,” but he didn’t have to.

“Let’s think about this. Edge, your best friend in this world knew he was going to become Roman Reigns’ target just to get into your head. What did he do? He ran away before Roman Reigns could target him. How many of your ‘Christians’ need to convert before you realize it’s not smart to piss off Roman Reigns? You, Edge, have pissed off Roman Reigns.

“You want to be the special enforcer? You want to involve yourself in Roman Reigns match against Daniel Bryan? Why? Because you know it’s an easier fight with Daniel Bryan than it is against Roman Reigns, who is untouchable, who is unbeatable, who is the reigning, defending, undisputed, uncontroverted WWE Universal Heavyweight Champion and the main event of WrestleMania …There’s only one opinion that matters. It’s not the Chairman of the Board or his child or anybody else. He’s the ‘Head of the Table,’ the end all be all, Roman Reigns.”

Christian Cage will be used on Dynamite far more than WWE intended on letting him work. He is in AEW to have matches, and it seems like his eyes are already set on Kenny Omega and the AEW World Title. We’ll have to see if Cage can really prove that he can outwork everyone, but he’s not doing it in WWE.