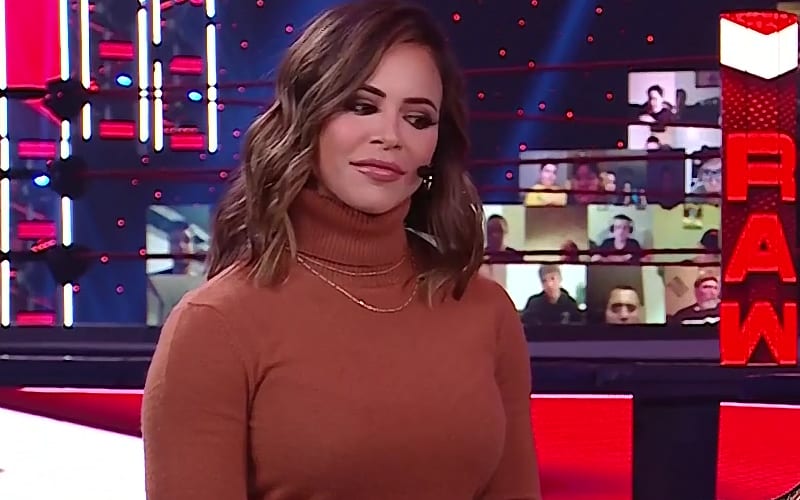 WWE removed Charly Caruso from television after some backstage heat came her way. She was late for some interviews with Randy Orton and Sheamus and this rubbed a lot of people the wrong way.

She was replaced on RAW Talk, and now PW Insider reports that she is highly expected to be leaving WWE very soon. It’s also not expected that she will be appearing on television again.

Caruso is not currently expected to make any additional appearances and that her previous on-air duties have already been filled by other broadcast personalities.

Caruso is still employed by WWE right now. If they wanted to use her, then they could. She is also appearing for ESPN, so Charly Caruso certainly has other options on the table.