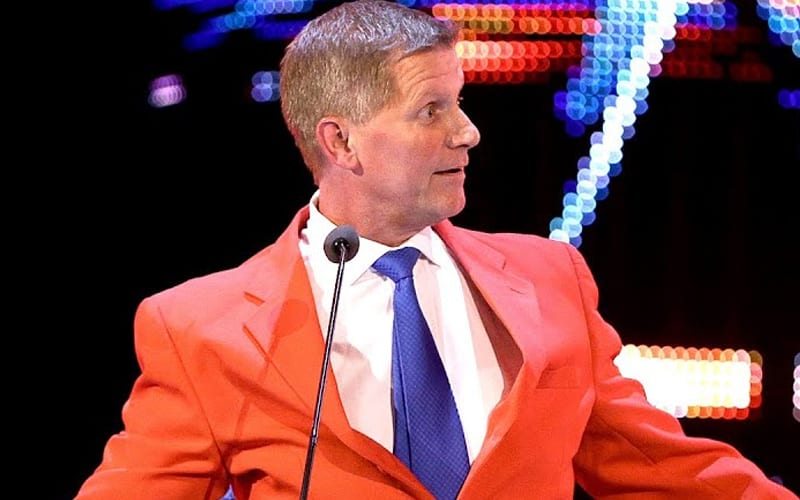 John Laurinaitis was brought back to WWE after nine years away from working for them on a corporate level. A lot has changed since his return.

It was noted in the Wrestling Observer Newsletter that WWE created a brand new title for Laurinaitis upon his signing. He is now the “General Manager of Talent.”

As we previously confirmed, Mark Carrano was not fired. He is still Head of Talent Relations. Now WWE has two men who can be the “bad guy” with talent. This is by the company’s design.

It was said that talent relations is now being split into talent management and talent branding. “There will be someone as head of talent branding, whose job it will be is book WWE talent for outside appearances, commercials, movies and third party engagements.”

Laurinaitis was brought into WWE in 2001 by Jim Ross when WCW closed down. He is now back in an official capacity. Some were concerned about his re-hiring, but we will have to see how everything plays out.