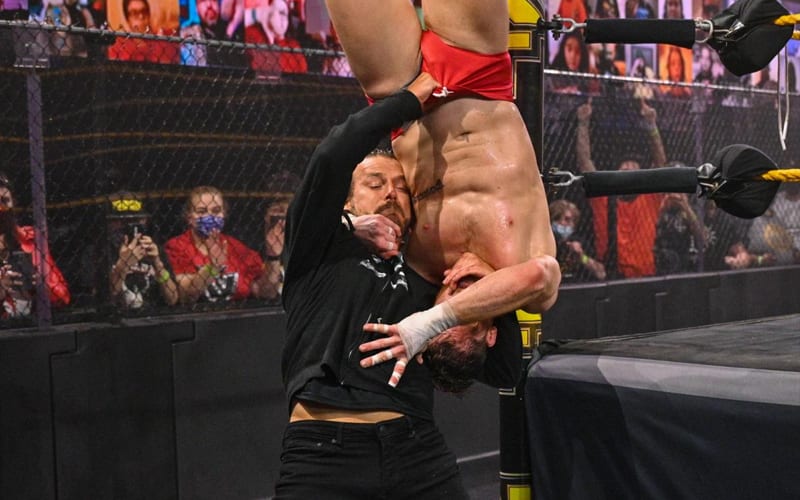 Kyle O’Reilly worked an injury angle during NXT this week. That snowballed into a lot of fans worrying about his wellbeing. Fans were not the only ones who were concerned, because some of the NXT locker room was worked along with everyone else.

Fightful Select updated this story and it was reported that “one (dumb!) fan posted photos” of Kyle O’Reilly online. Then it started a rumor that he had a seizure. Ringside News heard these rumors, but made it 100% clear that nothing was confirmed at the time.

Due to Kyle O’Reilly’s history of diabetes, there was also concern within the NXT roster.

Considering O’Reilly’s history with diabetes, this caused a lot of concern among even the NXT roster, who weren’t sure if the situation was real or not.

The roster isn’t smartened up to every angle that takes place on television. WWE had no intentions of Kyle O’Reilly’s angle coming off as a “seizure storyline” at all. They tried their best to clear up the situation to wash away any and all speculation. Later on the next day, Kyle O’Reilly sent out two tweets to let fans know he is fine.

Kyle O’Reilly is okay, and if anything this just proves how good he is at his job.