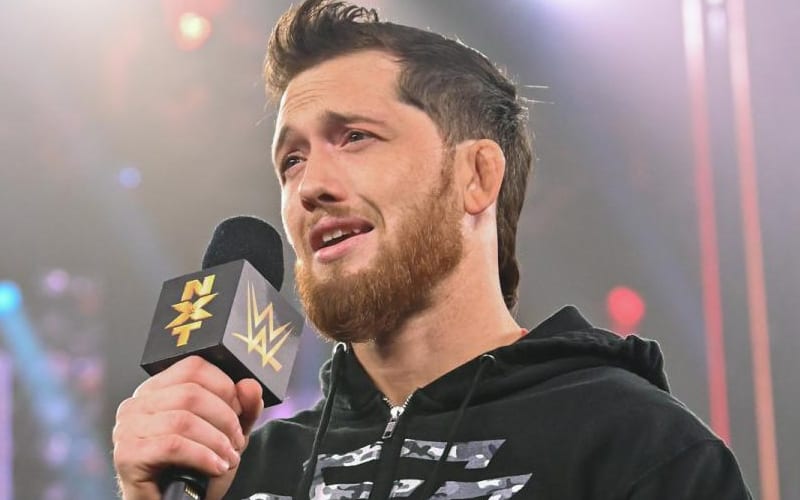 Kyle O’Reilly made headlines last night after NXT, and not for a good reason at all. He was stretchered out of the Capitol Wrestling Center, and fans feared the worst. Other pro wrestlers also sent out tweets wishing him well, and a lot of people were very worried about the situation.

It was later reported that Kyle O’Reilly is okay. He was simply selling the attack on NXT, but that didn’t stop all of the speculating.

O’Reilly cleared everything up himself with two tweets the next day. He assured fans that he is okay now, and he was only stretchered out of the building because there was fear that taking a brainbuster on the stairs caused even greater damage.

Thanks everyone for checking in, your love and support truly means the World. I was placed on a stretcher last night out of concern for my neck after receiving a brainbuster on the steps. Thankfully I can move around somewhat OK today but I may need some time to heal.

As much as that hurt and sucked last night, the betrayal was worse. Coming back from this stronger and with a thirst for revenge. Best served cold.

It’s good to know that Kyle O’Reilly is doing good after last night’s NXT. Plenty of fans were worried that he actually suffered a real-life emergency. Thankfully, O’Reilly is okay now and he also knows exactly how much everyone cares about him.