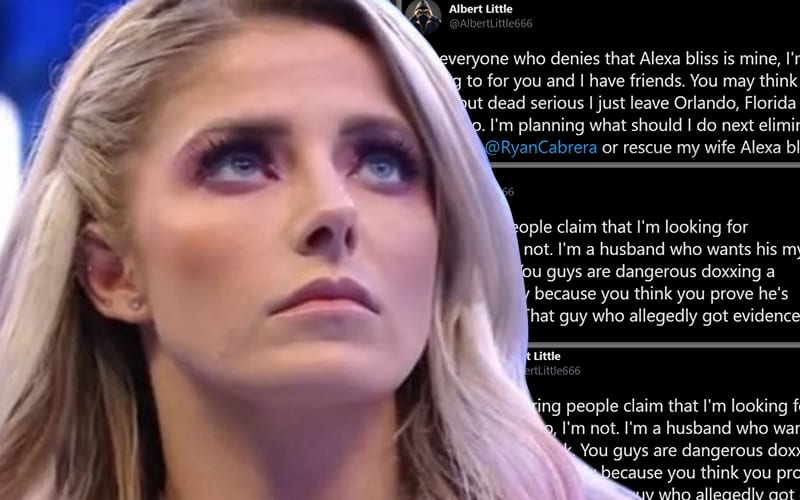 Alexa Bliss has an issue with an obsessed fan going by the Twitter handle “Albert Little 666.” After investigating the subject, fans believe they have uncovered the man behind those terrible posts.

A man from Whitehall, New York named Bobby has been identified by fans as Alexa Bliss’ alleged online harasser. It was never confirmed that he actually traveled to Orlando as his tweets implied.

Fans were able to identify him by cross-referencing posts from an older Twitter account he used to send very similar messages to Alexa Bliss about her fiancé Ryan Cabrera. That old account was linked to his name.

During the Summer, this Twitter account sent several tweets to Bliss calling Cabrera a cheater. The account did this so many times that he was called out by some fans because he replied with the same message on multiple posts.

The Albert Little 666 account’s name was also: “Alexa Bliss Husband Albert Little Not Bobby” for a period of time before it was changed to remove any reference to Bobby.

We can only hope that this situation is resolved and this is the last we hear about any harassing messages sent to WWE Superstars. It seems that fans have been able to crack the case of Alexa Bliss’ obsessed fan.