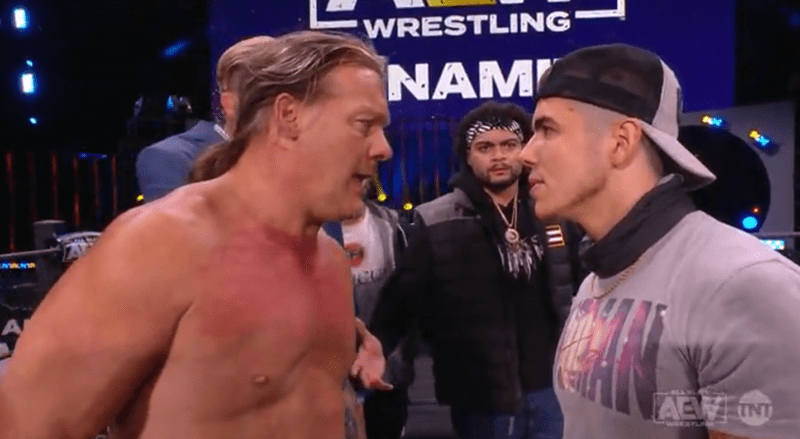 Sammy Guevara was one of the original members of the Inner Circle since its inception in 2019. For the past few months, the tensions had been rising between Guevara and the faction.

As seen on this week’s episode of AEW Dynamite, it reached a boiling point as Sammy Guevara effectively quit the Inner Circle. This was seen as a shock for the Inner Circle members, except MJF who was certainly delighted at the turn of events.

Inner Circle leader Chris Jericho took to Twitter and reacted to Guevara quitting The Inner Circle. Jericho uploaded a picture of a jigsaw puzzle featuring the Inner Circle, where Guevara’s piece was removed from its place.

Jericho said that he saw it coming but couldn’t believe that it happened on this week’s Dynamite.

Ortiz of The Inner Circle also reacted to the shocking moment by sending a facepalm emoji.

With The Inner Circle in disarray, we will have to see what is next in store for the faction. Sammy Guevara’s singles career is likely to start soon enough as well.