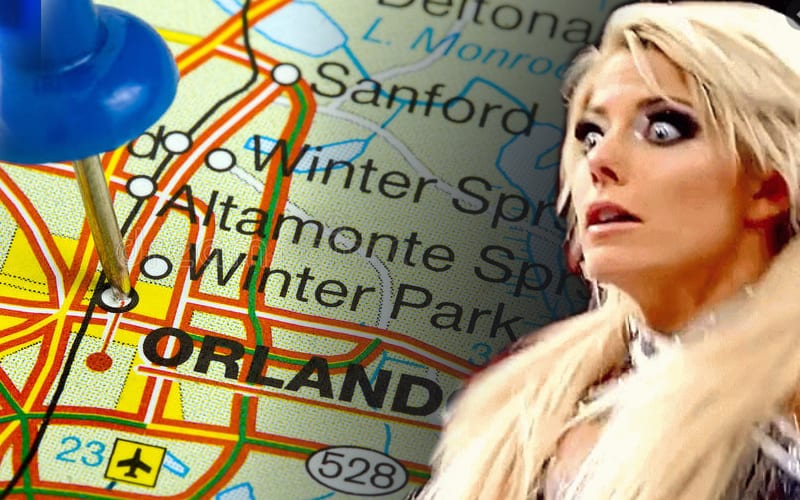 Alexa Bliss has an obsessed fan who continually tweets at her concerning some very troubling subject matter. This fan is convinced that he is married to Bliss and Ryan Cabrera is a kidnapper and a rapist. Those accusations about Cabrera and Bliss’ relationship are 100% false, but this obsessed fan seems to believe them as fact.

This situation is rather concerning and it shouldn’t be taken lightly. We saw Sonya Deville deal with a terrifying stalker situation last year before SummerSlam. He broke into her house and had full intentions to kidnap and assault her.

This obsessed fan has tweeted many times at Cabrera and Bliss. For some reason, Twitter has not suspended his account. One tweet was incredibly concerning as he promised to show up at her Orlando home after proclaiming that he is “dead serious” about getting rid of Ryan Cabrera.

Hello everyone who thinks I’m a troll, I’m not I’m dead serious about getting rid of that piece of shit @RyanCabrera so stop calling me a F*CKING TROLL! I’m not a stalker I’m a lover of Alexa bliss, I will be at her house in Orlando, Florida and pay her a little visit. #LetMeIn

Bliss has already altered the authorities and it seems that she has not blocked her stalker yet either, because he is still able to follow her on social media.

We can only hope for the best in this situation. Obviously, this obsessed fan needs help. This situation could get very serious if someone doesn’t step in as well.