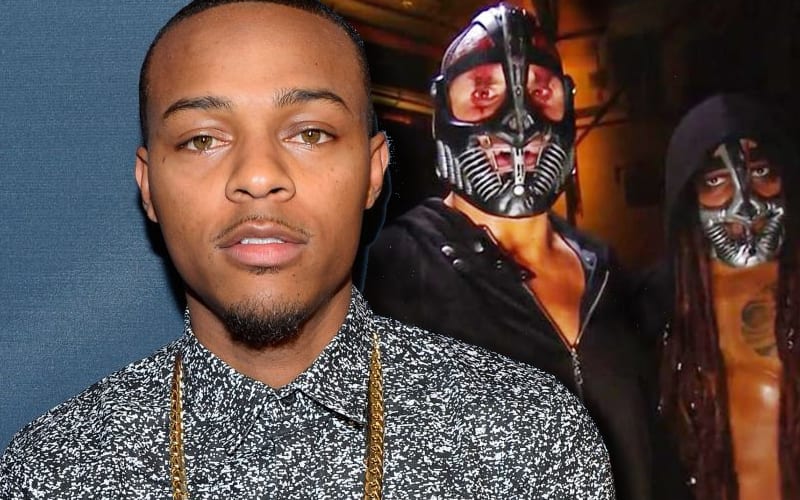 Bow Wow made it very clear that he wants to go after his WWE dreams once he puts out his last record. This is something that Retribution seems all ready for.

T-Bar wanted smoke with Bow Wow immediately. He tweeted out to the rapper/actor saying: “Don’t make us destroy you.” He also said that “Like Mike sucked.”

Bow Wow responded to T-Bar and he seems eager to step up to Retribution.

Are you mad because ill become champ faster than you? Or are you mad that like mike is more legendary than you will ever be? DROPS MIC

T-Bar fired back at Bow Wow as he continued taking shots at the former child actor. He also issued an open invitation. “Those sound like fighting words Air Bud. Why don’t you fly your “private jet” down to the WWE ThunderDome and back them up?”

Bow Wow took aim right back at T-Bar. He called him Bane said that he certainly wants the smoke: “and Sounds like the BANE stand in wants the smoke? Was that a challenge sir?”

Mace got in on the fun by taking a shot at Bow Wow, to prove that a battle waged against Retribution is never against just one person.

Bow Wow might end up in WWE sooner than we thought. He responded to Mace to prove that he’s all about stepping up to Retribution.

And you two are gonna need more than eye contacts and fake party city masks to scare the dawg! Do i smell a tag match? ……. sign the contract!

WWE is able to bring in some bigger celebrities right now for a very good reason. There are no major tours and that opens the door for big WWE paydays. We’ll have to see if Bow Wow is willing to start in NXT and work his way up, but odds are he’ll find a place on WWE television if he keeps getting this kind of attention.