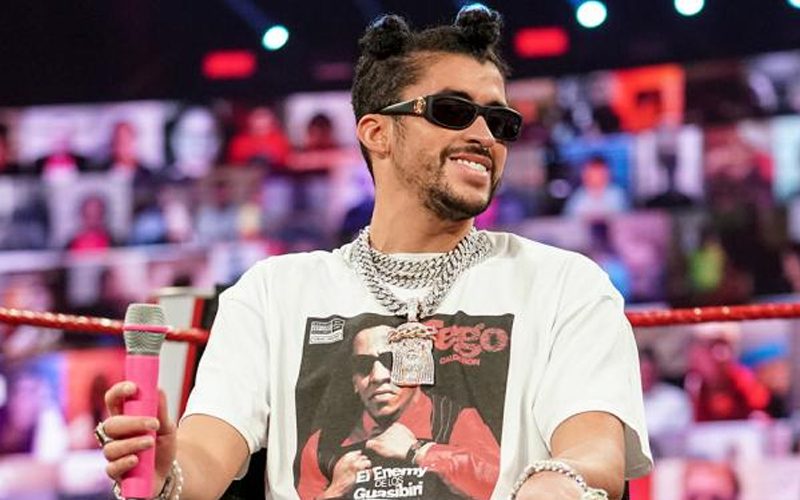 WWE is always looking to reach a younger demographic and branch into a new fan base. Bringing in Bad Bunny fit the bill on many levels.

While speaking to Forbes, Nick Khan brought up Bad Bunny’s involvement in WWE. He said that fans should expect to see a lot of Bad Bunny in the weeks to come. This is possible because Bad Bunny can’t tour right now.

WWE is open for business, and Bad Bunny is a fan. It is because of this mixture that the timing worked out perfectly for Bad Bunny to have his WrestleMania moment.

“Obviously, there is no touring right now, so the ability to get Bad Bunny for however long this run is going to be—and you’re going to see a lot of him—I don’t believe that would have existed in a world where Bad Bunny was on tour.”

As we previously reported, Bad Bunny is set to team up with Damian Priest to take on The Miz and John Morrison at WrestleMania 37. That match will be a big spotlight for Bad Bunny on the grandest stage of them all. Judging by how well his merchandise sold for the Royal Rumble, Bad Bunny will also likely sell a ton of Mania shirts too.