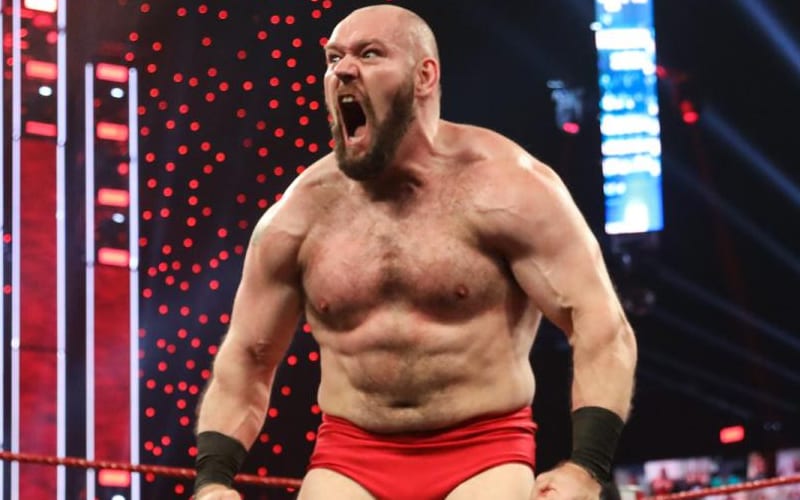 WWE released Lars Sullivan from his contract, and they did so quietly without making any kind of public announcement.

Ringside News asked around about Lars Sullivan’s release and we have heard about the same thing from everyone. Nobody is surprised by this.

Lars Sullivan entered into a high-pressure situation time and time again, and he could not perform. NXT was a much better place for him because they could cater to his needs and the smaller intimate venues were not as intimidating. Sullivan simply couldn’t perform under the massive attention of the main roster.

WWE gave him so many chances, many more than most would ever receive. Vince McMahon still saw him as someone he could make some money off of. Lars Sullivan’s size and presence was intimidating, but his checkered past played to his downfall as well. His racist and homophobic rants on a bodybuilding message board cost him a $100,000 fine from the company.

When his past in homoerotic entertainment surfaced, it wasn’t spoken about backstage. It was also something that everyone was aware of as well, including management.

We were told “whenever he disappeared, that was the end of him. It became official just now.” Lars Sullivan’s final appearance on SmackDown was on November 6th. As we previously reported, Sullivan stopped showing up to SmackDown after that.

Another tenured member of the creative team simply told us: “He couldn’t handle the pressure and no one was surprised [by his firing].”

The book is not closed on Lars Sullivan yet. He still has training at the WWE Performance Center. It isn’t unheard of that Dylan Miley could become a big name for another company, but his time in WWE was plagued by one problem after another.