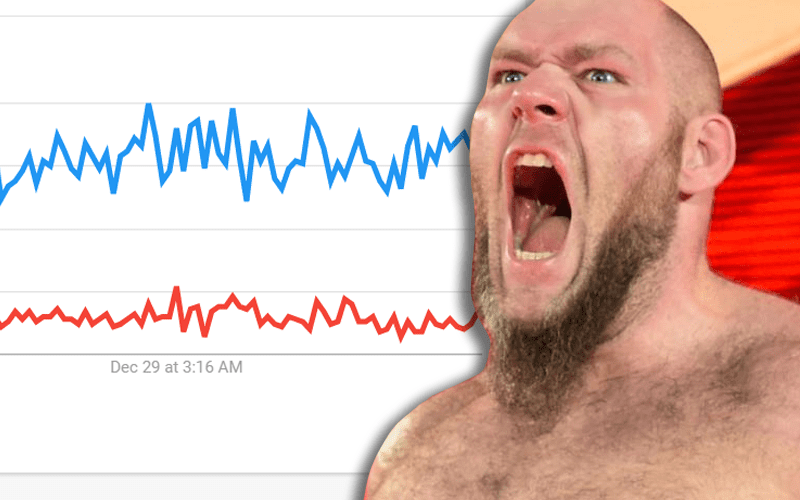 Lars Sullivan is currently out of action with a knee injury. Let’s see how WWE uses him upon his return.

Last night the Internet Wrestling Community was flooded with images and video clips from Lars Sullivan’s past. He once performed under the name Mitch Bennett in a number of homosexual pornographic films.

Due to this sudden spike interest, fans wanted to find out more information. This resulted in Lars Sullivan’s name trending on Twitter. When a lot of fans realized why he was trending this caused them to comment. This caused a snowball effect that is still going.

Missy Hyatt commented on the situation where she had some pretty solid advice.

Heard any new lars sullivan stories lately? Will this be discussed on wwe backstage? Dont make movies with a distinguishing tattoo is always a good piece of advice.

As you can see from the screenshots below, plenty of fans also jumped on Google to search for Lars Sullivan. They started searching for “Mitch Bennett” as well which is a pretty obvious sign of what kind of content they were looking for.